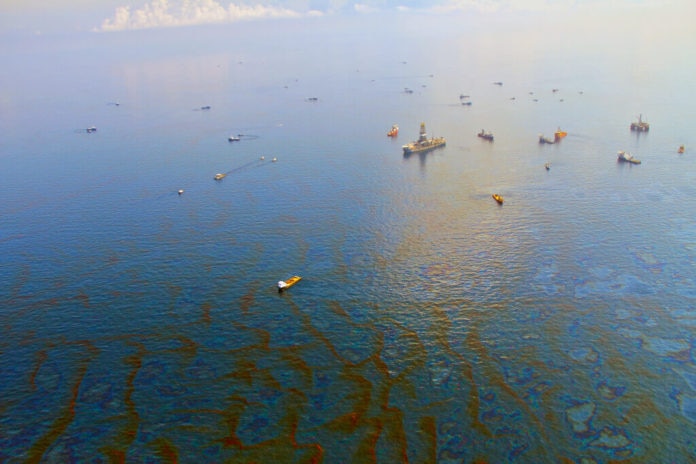 Ever since the BP Oil spill in 2010, I feel like I’ve been reading about oil spills everywhere. Or perhaps the 2010 grand scale spill brought media attention to a problem we’re facing as a planet of not being able to properly proctor oil and has been garnering media attention since. According to the U.S. Environmental Protection Agency (EPA), there have been a total of 42,860 oil spills in the past 20 years responsible for 304 million gallons of spillage in the United States.

The problem with an oil spill–if it isn’t obvious already–is that it wreaks havoc on the environment on so many different levels. In the catastrophic Gulf Oil spill, we are now seeing the effects on animal life: Bottlenose dolphins are showing signs of serious illness, including extremely low weight, anemia, low blood sugar, and some symptoms of liver and lung disease; deep sea coral are displaying widespread distress; and fish and crab that feast on microorganisms are missing their food supply as the spill is inhibiting the  microorganisms’ nitrogen cycle.

Needless to say, cleaning up an oil spill would help minimize the damage done. Fortunately, a team of international scientists – led by Bristol University Professor of Chemistry Julian Eastoe–have invented a magnetic soap that could revolutionize the clean-up of dangerous oil spills by getting the iron to chemically bond to the soap. By adding iron to the traditional soap ingredients, a magnetic field is created that helps remove both the soap and the material it dissolves.

How does it work? To understand this, one needs to understand how traditional soap works. Soap has two parts: A part attracted to water (hydrophilic) and a part repelled to water (hydrophobic). The hydrophilic portion of soap is what makes it latch on to dirt, oil and greasy surfaces, and the hydrophobic parts are what cause the molecules to break at the surface. The scientists have altered the soap by adding iron to the hydrophilic parts and thereby, creating a magnetic field. When a magnet comes in the vicinity, the soap rises towards the magnet overcoming both gravity and surface tension.

Eastoe told Reuters about the potential benefit of this invention:

“Sea birds become contaminated by oil and cleaning them is a great great problem. That is because you cannot suck off the dirt from a sea bird. You can only rely on normal; detergent action. With magnetic soaps it would be possible to have not only the detergency cleaning action but also an added pull of the contaminating oil using an external magnetic field.”

Can magnetic soap one day help clean up massive oil spills? Nobody can say for sure as this soap is in its preliminary stages and more research needs to be done to see what it can do on a grand scale. After all, there’s really no better way to clean up an oil spill than preventing an oil spill. But there’s one thing for sure: This soap is revolutionary. 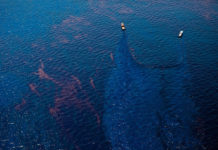 This amazing new technology could revolutionize how we clean up oil...