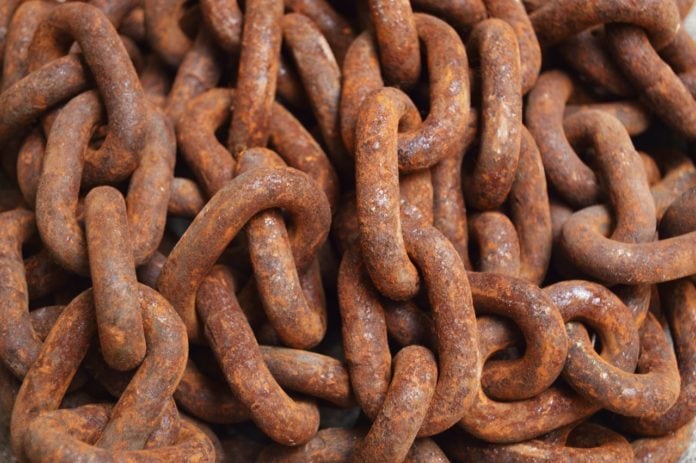 The effects of global warming are being seeing planet-wide and it was only last week that scientists found that the Petermann glacier spawned an iceberg larger than the island of Manhattan and that Himalayan glaciers were rating at an accelerated rate. Both findings threatened the ocean – an often forgetting victim of global warming.

If a report in Nature magazine is to be believed, Iron may be the solution to slow down global warming. How does it work? Adding iron to the ocean can potentially cause algae to bloom, and the algae could potentially reduce carbon dioxide in the air since it absorbs significant amounts of carbon in creating more algae. The carbon would be sent to the sea floor which would slow down global warming and thus, cool the planet.

Sound like a long shot with too many variables? Consider this: Victor Smetacek and his team sprinkled iron into the water, stayed for four weeks to obtain data and analyzed for years to reach the conclusion that “adding iron really can transport substantial amounts of carbon from the surface down to the seafloor.”

Smetaceck, who works at the Alfred Wegener Institute for Polar and Marine Research in Bremerhaven, Germany, told NPR:

“Previous experiments showed if you added the iron you’d get a big algal bloom. But they were not able to show what happened to the bloom. By the time we left more than half the bloom had sunk out to the deep and we are confident that the remaining half also sunk out, but after we had left.”

Smetaceck is also quick to point out that more research needs to be done before any action can be taken since the potential side effects of drowning carbon have not been seen. While algae sinking carbon to the ocean floor seems like a quick and efficient solution that does not harm the ecosystem, it could very well be too good to be true.

Lisa Speer from the Natural Resources Defense Council warns, “At best, this technology appears to be speculative in terms of its ability to permanently sequester carbon, and at worst, it could turn out to be a disastrous experiment that could have major impacts on the ocean ecosystems that billions of people rely on for food and for employment and for life itself.”

When all is said and done, the only way we can see whether iron is a potential cure for global warming is to continue studies to gauge if iron does, in fact, efficiently cause an algae boom that reduces carbon and more importantly, can there be a detrimental side effect to playing with the ocean’s iron level.