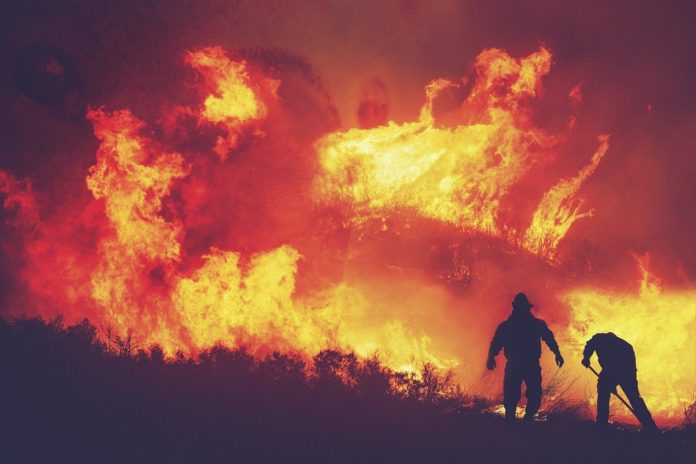 This recent publication is only the latest in a string of data that shows the United States is waking up to its unsustainable habits. We can compare these high acceptance numbers to the ones collected in 2010. The record-high snowfall reduced climate change believers to only 52% of the national population. The higher acceptance numbers in the more recent poll show a clear correlation: higher temperatures mean more climate change supporters. With the evidence literally beating down on us, it is definitely hard to deny that something is happening.

Of course, it certainly helps when there are celebrity authorities who are defending these climate change theories. One of the most recent to do so is Bill Nye, who rose to prominence as a science educator with his hit TV show Bill Nye the Science Guy. In the face of the extreme weather conditions, especially the statewide wildfire that hit Colorado, Bill Nye explains to CNN that we are seeing visible evidence for climate change. You can see the full video of his interview below:

With the United States government moving at a slow and cautionary pace when it comes to climate change, more and more scientists like Bill Nye are stepping out of the lab and into the spotlight. Slowly, they are realizing it is not enough to find and publish data – they must equally educate the masses about the importance of their discoveries.

What surprises me most about these polls is that they are happening at all. A very large majority of the scientific community knows that climate change is happening – the size, scale, and specifics of the change are the only things that are in ‘dispute.’ Why do people question something that is backed by hard, scientific evidence?

The same poll that the University of Texas asked people about climate change also asked what their party affiliations were. 87% of Democrats accepted climate change, a stark contrast to the 53% of Republicans who also agree that climate change is happening. To recall, the Republican Party has traditionally preferred business growth to sustainable development, with many of their state representatives questioning the validity of environmental research. Once more, global issues are being split between US party lines, preferring self-interest to the interest of the whole.

If the United States ever hopes to combat its unsustainable habits, it must first break down its ideological differences. Climate change is not something that can be argued – it is, in fact, happening. Putting it to a dispute only slows down progressive action. If we follow the graphs, soon everyone will believe in climate change – but by then, it will already be too late.