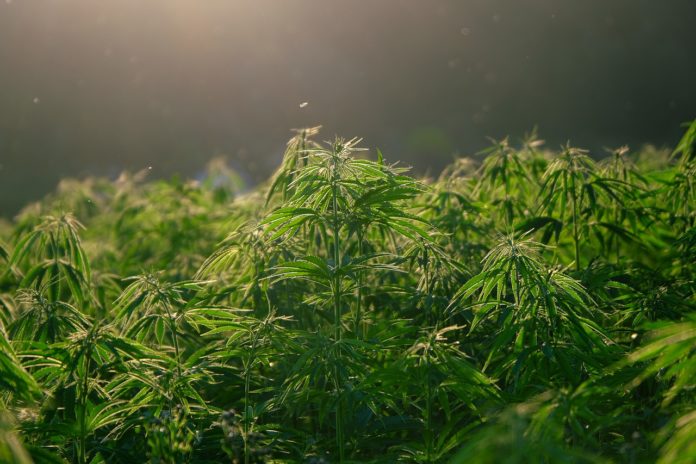 If California’s fisher population, a rare, old-growth forest carnivore that looks something like its weasel cousin, had been allowed to vote in our 2010 elections, it almost certainly would have tipped the balance in favor of legalizing marijuana in the state.

Researchers at UC Davis found a potent rodenticide used on illegal marijuana farms growing on wild public lands in 79 percent of the fisher carcasses examined in the study.

Many of the dead fishers, currently a candidate for Endangered Species Act protections, were radio collared throughout their whole lives and never ventured anywhere near urban or agricultural areas – places where animals often suffer the consequences of our toxic approach to coexistence.

Researchers believe pot farmers, who already dam creeks to divert water and cut down trees to sun their plants, are following the current agricultural model by setting out large amounts of pesticides meant to kill rats that nibble their young seedlings.

This particular poison causes massive internal bleeding, and, like all poisons, mushroom clouds in the ecosystem as one animal eats another.

Fishers are not the only animals already battling loss of habitat, drought, forest fires and poison already set by Wildlife Services – bobcats, deer, owls, martens and fox are also being affected by the illegal demand for bud.

Whether drawn by the bacon, cheese and peanut butter flavors of the poison, or the dying rodent who was, the death is the same for many predators living in remote ancient California forests.

An editorial in the Merced Sun Star described the effects of the poison as “turning the exposed animal’s organs to mush.”

Related:
Hydrogen Fuel Can Be Easily Integrated into More Gas Stations in California

Fishers have long suffered the consequences of living alongside a growing population of humans. Once widespread across North America, its species was decimated by fur trappers beginning the 19th century. As the fisher population declined, porcupine numbers exploded as fishers are one of the only forest dwellers with the tenacity to prey on the spiny critters.

In the 1930s, trapping fishers was banned and logging forests slowed, allowing fishers to attempt a comeback. After fishers were re-introduced in the Sierra Nevada Mountains in 2008, they linked up with other populations in Yosemite National Park and the northern California border.

While fishers are shy and tend to avoid humans, they are having difficulty steering clear of the marijuana farms that are invading California’s wild lands like a virus.

A 2011 PBS Newshour report described marijuana as a cash crop in the state as armed Mexican drug traffickers are finding it increasingly simpler to grow the plants on public lands in the United States rather than risk increased punishment in Mexico.

“Last year, local and federal authorities seized some seven million illegally grown plants, much of it cultivated on national forests and parks like Yosemite,” Newshour reporter Michael Montgomery said. “Police say the growers are no longer just local hippies. Increasingly, they are armed traffickers ready to confront whoever comes their way.”

While pot smoking hippies do sound terrifying, the threat of being bulleted in half by an AK-47-weilding drug trafficker intent on preserving his profits is actually putting hunters in the same danger as their prey, not to mention innocent hikers who inadvertently stumble upon the sparkly green goldmines.

So what’s an elusive fisher to do? Relegated to the last pockets of wild land, it can’t escape the pot farm invasion that we can’t stop ourselves.

In 2010 we gave Californians two options: deal with an onslaught of red-eyed, giggly, hungry citizens and the resulting higher Cheetos prices, or continue with the war on a plant that costs millions of lives, billions of dollars and turns border cities – and increasingly our own national parks – into areas ruled by violence and fear.

We can’t completely blame these pot farmers for the demise of yet another member of our North American ecosystem as the actions of our ancestors put them in the precarious position they were struggling with when the farmers set up operations, but another easily avoidable pressure on their very existence could be what sends them the way of the once plentiful pot-growing hippies who have also succumbed to the cartels.

Fishers join the long list of those suffering the consequences of our unwinnable war on pot. Little in life is this simple. Hopefully we’ll remember the fisher next time we have the opportunity to legalize a little plant long feared for its tendency to perpetuate hippie values.