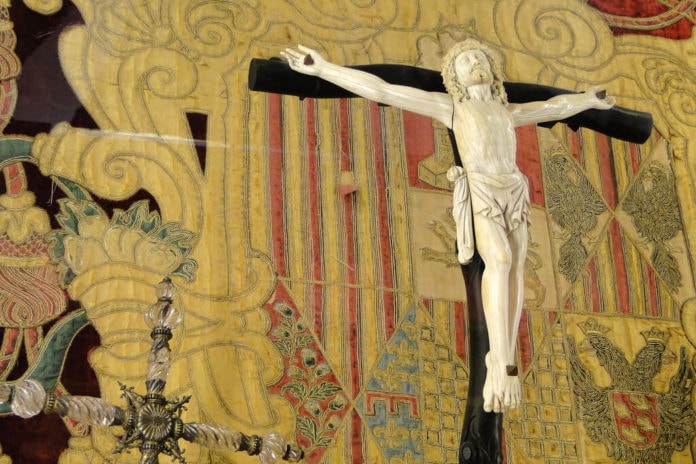 The rate of elephant killings across Africa is at its highest in a decade. That’s according to the October issue of National Geographic magazine.

The magazine reports that it’s impossible to say exactly how many elephants are slaughtered annually, although there is a conservative estimate that it was more than 25,000 for 2011. And thousands of those elephants are reportedly being killed for religious purposes. For example, their tusks are smuggled into countries to be carved into religious artifacts: ivory baby Jesuses and saints for Catholics in the Philippines, or Islamic prayer beads for Muslims and Coptic crosses for Christians in Egypt.

National Geographic reporter Bran Christy reports that if someone in the Philippines wants to smuggle an ivory statue of the baby Jesus to the U.S., Msgr. Cristobal Garcia is happy to advise: “Wrap it in old, stinky underwear and pour ketchup on it so it looks shitty with blood,” Garcia told Christy. “This is how it is done.”

Monsignor Garcia is head of protocol for the archdiocese of Cebu. It is the largest in the Philippines, giving him a flock of nearly 4 million in a country of 75 million Roman Catholics. The Philippines is the world’s third largest Catholic population.

Christy reports that another prominent Filipino Catholic, Father Vicente Lina, Jr. (Father Jay), advises people to buy religious icons made of “new” ivory. This is so the history of an image will start in you. But by “new”, Father Jay means smuggled.

In 1990, there was a global ban on the ivory trade. But to get around it, Christy reports that Muslims from the Philippines’ southern island of Mindanao smuggle ivory in from Africa. It comes “through the back door. You just keep on paying so many people so that it will enter your country.

The elephant is honoured in many nations and religions around the world. It is revered in Buddhism and is a symbol of Thailand. Monks there reportedly give out ivory amulets in return for donations. Christy reports that Kruba Dharmamuni, a prominent monk known as the Elephant Monk, wears an ivory elephant-head pendant suspended from ivory prayer beads representing the 108 human passions. 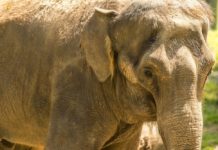 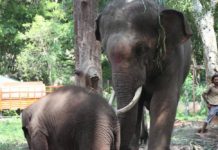 At Last! A Happy Ending for Sunder the Elephant!