Greener IdealHelping you live sustainably
More
Home News Environment Why Are We Surprised That Pesticides Are Killing Bees? 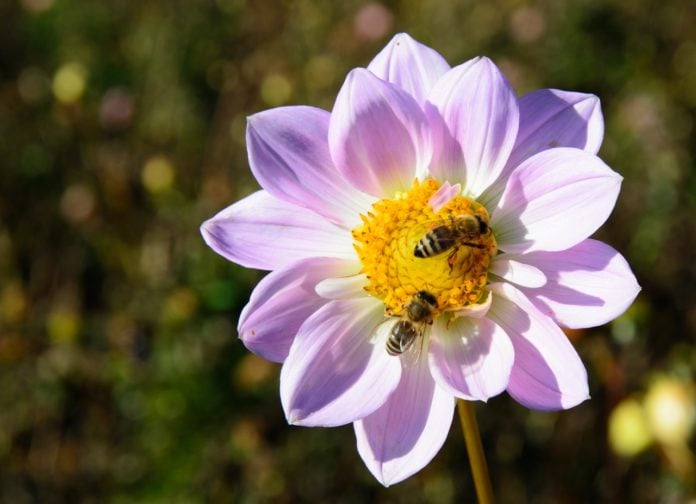 You’d have to be living under a rock for the past few years to miss the increasingly disturbing reports of colony collapse disorder among bees. Since 2006, beekeepers have observed groups of bees simply wandering away from their hives to die.

While the toll on the beekeeping industry has been immense — roughly $2 billion in lost hives — the implications are far greater when you consider that about 1/3 of our crops rely on bees for pollination.

Now, after reports of mass bee deaths in Oregon and Ontario, more people are finally beginning to question the link between pesticides and colony collapse. And it’s about time — because when you think about it, pesticides are the obvious answer. Killing insects is exactly what they’re designed to do. We spray them on our crops by the bucketload, and with GMOs being planted that are more resistant to toxic chemicals, farmers have increased the amount of pesticides and herbicides they apply.

Maybe the question hasn’t come up because we don’t really think of bees as “pests.” Because they’re harmless, even helpful, we don’t consider that pesticides don’t discriminate between “good” and “bad” bugs. Or maybe there’s something more sinister going on, and the chemical industry has been trying to deflect scrutiny as much as possible.

Either way, this conversation is happening far later than it should be. For years, the USDA and other organizations have studied and debated the bees’ decline without offering any suggestions for immediate action. While it’s true that there seem to be many factors contributing to colony collapse disorder (including parasites, bacteria, and viruses), doesn’t it make sense to eliminate the most obvious culprit and see if matters improve?

Even if the USDA isn’t taking action, regulatory bodies in other nations are starting to take notice. The European Union has decided that the issue is so important that it’s banned neonicotinoid pesticides for the next two years while their effects on bees are studied in more detail. Farmers in Ontario, which has experienced it’s worst loss of bees in years, are hoping that the Canadian government follows suit soon.

In the meantime, what can concerned citizens in North America do to help bees? Well, for one thing, you can try to buy more organic produce — not only is it better for bees, it’s better for the earth in general. Talk about the problem with friends and family and encourage them to adopt more eco-friendly habits.

Write to your politicians and representatives while you’re at it and ask them to take the same sort of action the EU is taking now. If you’re a smartphone user, you can even install the app Buycott and set it up to automatically tell you if a product in the store is tied to a pesticide manufacturer, so you can choose a more bee-friendly brand.