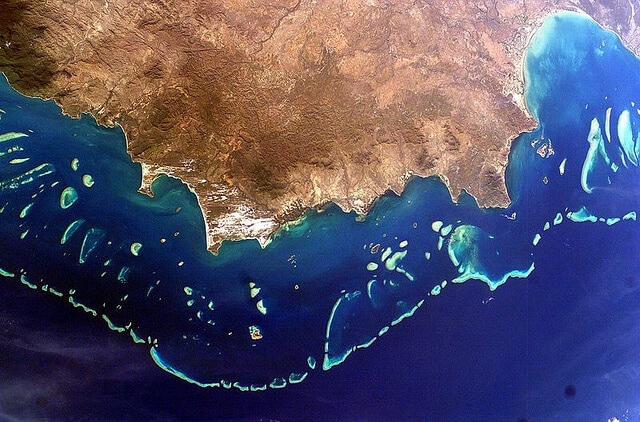 The world’s reefs have seen a steady decline in the past decades courtesy of overfishing, pollution, rising sea temperatures and ocean acidification. Scientists have estimated that 75 to 85 percent of the coral in the Caribbean has been lost over the past 35 years and the Great Barrier Reef off Australia has had a 50 percent decline in the last 50 years.

A recently published scientific paper (published in the journal Science) found that rate at which the ocean is acidifying is faster now than it has ever been in the last 300 million years. Ocean acidification is a phenomenon related to rising carbon dioxide levels in the atmosphere that make it difficult for creatures to build their shells and skeletons. The study, led by Columbia University paleoceanographer Bärbel Hönisch, analyzed existing evidence from decades of research on the earth’s geologic history and has concluded that “we are entering an unknown territory of marine ecosystem change.”

Last week the International Coral Reef Symposium in Cairns, Australia, brought 2,600 of the world’s marine researchers for a five-day conference focusing on threats to coral reefs. The general consensus amongst the scientists attending is that local measures need to be taken while the larger culprit (read: climate change) can be dealt with. Such actions include, but are not limited to, rebuilding fish stocks, reducing harmful runoff and establishing more marine protected areas. Robert Richmond, a research professor at the University of Hawaii and the president of the International Society for Reef Studies, stated:

“The scientific community has an enormous amount of research showing we have a problem. But right now, we are like doctors diagnosing a patient’s disease but not prescribing any effective cures.We have to start more actively engaging the process and supporting public officials with real-world prescriptions for success.”

And if you think the scientists are making a mountain out of a mole hill, think again! A recently discovery by a team of marine biologists drilling into coral reefs off the Pacific coast of Panama found that climates change  can cause the shutdown in coral reef growth and it can take millions of years to resume growth. Lead author Richard Aronson told CBC Radio‘s As It Happens that the reefs in Panama stopped growing 4,000 years ago due to natural climatic shifts.

How does climate change impact corals directly? Corals get their energy and color from microscopic algae that live inside their tissue and this arrangement between the two is incredibly sensitive to the surrounding atmosphere. When water gets too warm, as a result of global warming, the corals eject or consume the algae and in turn, become white in color. If the warming of the water continues, the coral can starve to death from the lack of algae.