The dog and cat anti-mutilation bill is back, despite already being terminated once before by the Governator in 2010. California SB 1229 would prohibit landlords from requiring a tenant or a potential tenant to have a pet declawed or  devocalized as a condition of occupancy.

In reality, declawing entails amputation of each toe at the first joint. In humans this would be equivalent to shearing off each finger up to the first knuckle. Cats who are forced to undergo this unnecessary and barbaric procedure are left disfigured and suffer a lifetime of pain. Not only do they lose any ability to engage in natural behaviors like scratching and climbing, their functional mobility is handicapped.

Cats walk on their toes. When they are declawed, their toes are amputated and they are forced to walk unnaturally, leading to arthritis and other possible health conditions. Perhaps the most tragic aspect to this procedure is the personality changes and behavior problems associated with handicapping a perfectly healthy cat.

Studies show that declawed cats find it painful to dig in a litter box and more often than not choose to urinate in other areas of the house, possibly even the very couch that the surgery was meant to spare. Humane workers and animal shelters report that cats also start using their teeth more as they are deprived of their fingers, lose trust in their caregivers and become more aggressive.

Seventy percent of cats turned in to pounds and shelters for behavioral problems are declawed, reports Paws Need Claws. And “A survey by a Delaware animal shelter showed that more than 75 percent of the cats turned in for avoiding their litter boxes had been declawed,” the summer issue of PETA’s Animal Times reported.

Heartbreaking photos of exotic cats who were declawed so as to be more manageable for their unnatural human families show the intense pain they are forced to live through with every step they must take. Kona, a mountain lion declawed by a veterinarian, is the poster cat for the campaign to end the arrogance humans display when choosing to cripple their own pets for convenience.

Debarking is equally as criminal – hopefully soon – as declawing. Not only does it subject an animal to an unnecessary surgery and the pain that comes with it, it more importantly deprives a dog of its primary means of communication. And, like declawing, steals the richness of a full life from these animals.

In 2010, the same bill passed all legislative hurdles but was vetoed by then-Gov. Schwarzenegger who claimed there was not enough scientific evidence that the mutilation of a cat’s paws or destroying tissue in a dog’s throat for the sake of convenience caused the animals any harm.

Oddly enough, California became the first state to ban declawing of exotic cats after Schwarzenegger signed AB 1857 into law back in 2004. But extending that protection to our little companion lions was out of the question for the California Veterinary Medical Association (CVMA), which “pushed to prevent local regulation of declawing after taking West Hollywood to court to reverse its ban and losing,” according to a  NY Times article on the subject.

West Hollywood banned declawing  – a procedure classified as “mutilation” by the Royal College of Veterinary Surgeons in the United Kingdom – in 2003, becoming the first of many American cities to assign a higher value to keeping a cat rather than a couch intact.

Seem strange that a group of professionals who are sworn to protect the welfare of our companions would work so hard to keep mutilation of pets legal? It makes sense when you consider the bottom line.

On the Paw Project – SB 1229’s sponsor – Facebook page, the organization asks the question: Do you think vets make serious money from declawing?

The short answer is: of course! Using the very words of a now-deceased, dedicated declawing veterinarian who was interviewed in an Atlanta Journal-Constitution article, the group found that this vet made $1,500 an hour just on mutilating kitties. This number was estimated from the vet’s quote saying he declawed about 15 to 20 cats a month and charged $245 to $350 per each procedure.

Many vets refuse to declaw or debark, and these are the vets who went into the practice for the love of animals.

There are plenty of well-meaning folks out there who have been talked into the procedure by blood-money-thirsty vets. And there’s plenty more who selfishly decided to take the easy way out when a little work offers numerous alternatives to declawing and debarking.

Some vets argue these procedures could be lifesaving because otherwise these animals may be relinquished to a pound or even abandoned. Studies show declawing actually leads to more cats losing homes. I argue any person who would choose to either dismember a cat’s toes or steal a dog’s ability to communicate as a condition of keeping them shouldn’t have a pet in the first place.

Having a pet should be a symbiotic relationship. For all the trouble they may cause us, their love, devotion, loyalty, bravery and ability to make us laugh redeems them beyond any question of deciding between them and the sofa.

Please let your legislator know you support the ban.

Hiring a dog trainer, providing more exercise and stimulation and allowing your dog inside with its family all help with barking issues.

Providing scratching posts, applying citrus-smelling sprays to furniture and even a few squirts from a water bottle should keep cats from scratching. Soft Paws are plastic caps that can be placed over a cats claws to prevent scratching damage. 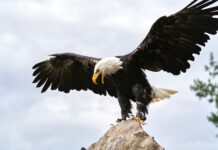 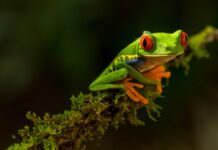 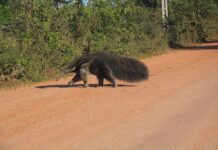