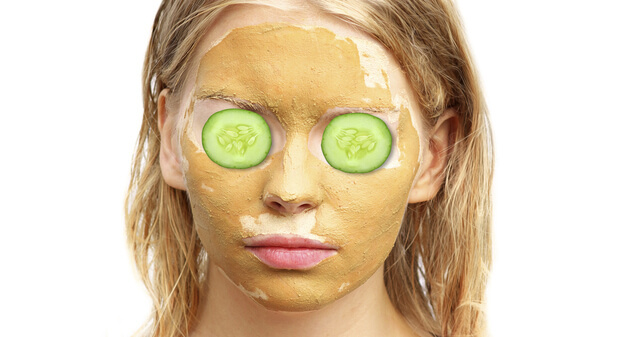 There really is nothing like putting on an exfoliating face scrub after a hard day’s work.

You feel all the day’s stresses and worries just wash away down the sink (along with all that dead skin) and then you’re left with a smooth and radiant face!

But did you know your little bit of pampering could be doing a lot of damage?

Beauty products with plastic micro-beads that are in a lot of exfoliating products also contaminate the water and poison fish. It’s been shown that Neutrogena’s Deep Clean contains approximately 360,000 micro-beads in one tube

Unfortunately, it doesn’t end with your face mask either. The same micro-beads can also be found in body washes, toothpaste and hand sanitizers.

So when you’re washing your face, taking a quick scrub in the shower, brushing you’re teeth or washing your hands – you may be unwittingly contaminating the water.

But don’t wastewater treatment plants filter the micro-beads out?

A 2009 study by Fendall and Sewell observed that micro-beads were too small for most wastewater treatment centres to filter out effectively. This means that micro-beads go directly into the environment, and once they get there: Well, that’s when things get messy.

Micro-beads absorb toxins in the water.

That’s anything from pesticides, motor oil to PCBs being absorbed into millions of teeny-tiny toxic bubbles that are left to float around in our rivers, lakes and oceans.

To unwitting fish and other aquatic wildlife, the fear is that these will be mistaken for food. Many experts believe that fish may ingest the micro-beads and become poisoned, and that larger fish will then eat the smaller poisoned fish and become sick themselves. And then even larger fish will eat those fish and –

Well, you see where I’m going.

However, organizations like 5 Gyres Institute are working hard to grow awareness of the issues. In 2012 and 2013 5 Gyres Institute collected samples using specially designed nets from three of the Great Lakes and found in certain places over 600,000 of the beads – more so than any of the 400 samples collected in the five oceans from around the world. And they’ve also found micro-beads in the Lake’s perch and in fish-eating birds nearby.

But that’s just a taste of what’s going on – scientists are still conducting research to see exactly how contaminated the water and aquatic life is.

Even though we don’t have all the information, that hasn’t stopped Illinois from banning the manufacturing of products that contain micro-beads. The law, which will go into effect in 2018, will see micro-bead product sales completely prohibited by the end of 2019.

Not far behind them are New York, Ohio and California with similar bills trying to be passed. But if that doesn’t work: The U.S. federal government has also introduced micro-bead legislation that could ban sale of these products throughout the U.S.

It’s hard to believe we’ve been so thoughtless with regarding this issue, yet fantastic to see that governments aren’t turning a blind eye.

Can you think of anything else that we use in our daily lives that we might be oblivious to but is environmentally damaging? Let us know!