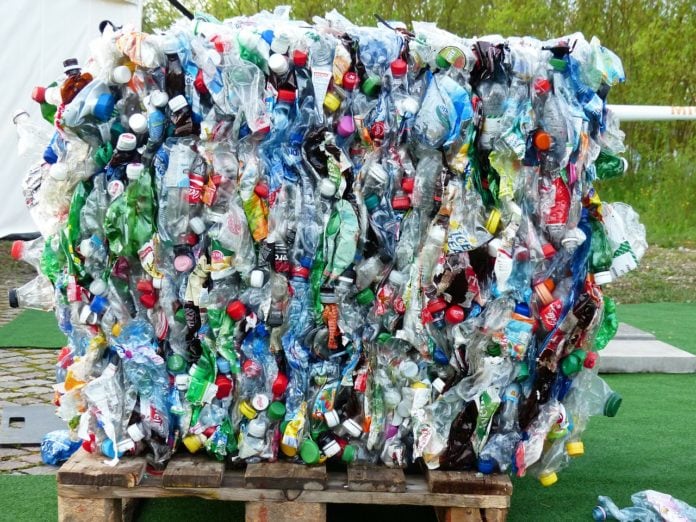 Next time you finish that Diet Coke, decide to replace your cell phone, or toss that outdated phone book, take a moment to think about your next step. Before you head to your trash bin, ask yourself if there is a smarter option. The more you know about recycling, the more you will be motivated to do it. Not only does recycling keep waste from overcrowded landfills, it provides raw materials to create new product. Read on for seven reasons sure to convince you.

When you use recycled paper instead of “virgin” paper, you are contributing to saving 7,000 gallons of water per ton of paper produced. That water can be better used combating the effects of drought. You’re also offsetting the 900,000,000 trees per year chopped down to make paper.

2. Enough Plastic Bottles are Tossed Each Year to Circle the Planet Four Times

In an Average Year, 8 billion pounds of plastic bottles are produced in the United States. If all of them had been recycled, the resulting material could have been used to create 22 million size XL T-shirts.

3. Americans Throw Away Enough Trash in an Average Year to Circle Earth 24 times

That trash is chock full of recyclables that were not recycled. Each day, Americans toss about 100 million tin and steel cans. Each year, Americans use more than 80,000,000,000 aluminum cans and most end up in landfills.

4. It Takes Centuries for a Disposable Diaper to Break Down in a Landfill

On average, one baby will go through 8,000 diapers. Cloth diapers are not as convenient, but they are reusable.

It takes Styrofoam more than 500 years to decompose in a landfill. A coffee mug can be washed and reused for years generating no waste.

When you recycle just one aluminum can, you save enough energy to power a 100-watt light bulb for 20 hours or to listen to a full album on your iPod. Thanks to state-of-the-art automated sorting and separating equipment, recycling facilities can process more than 3,500 pounds of aluminum cans per hour and send the aluminum to be reused in other products.

7. In a Recent Year, Americans Recovered, Reused, or Recycled 34% of Waste Generated

This means Americans threw out 161 million tons, or about 3 pounds of trash per person per day. If the recycling rate in the United States reaches 75%, it will be equivalent to the environmental impact of removing 50 million cars from the roads each year. Unfortunately, there is a long way to go. A 2011 U.S. Environmental Protection Agency study estimated that only about 35% of households and 10% of businesses in the United States recycle.

Each recycled, re-purposed or reused item is an item that does not end up in a landfill. We have one earth, and we all should work together to take care of it.