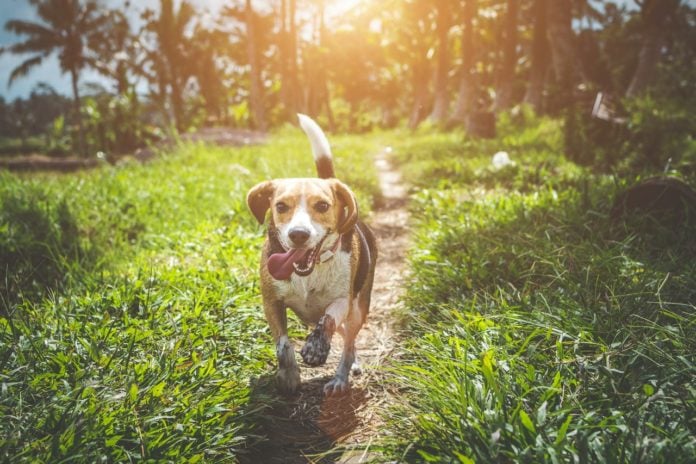 There’s still hope for California’s bill, SB 1221, to ban the use of dogs to chase down and force bears and bobcats into trees so hunters can point their gun and pull a trigger to “sportingly” kill the terrified animal.

The bill, introduced by Sen. Ted W. Lieu of Torrance, failed by one vote to pass the Assembly Water, Wildlife and Parks Committee hearing June 26, but will be re-considered soon in another vote when the full committee is present.

Californians have twice voted to make and keep mountain lions off limits to those who enjoy stealing the most beautiful and mysterious gift this planet has been blessed with – emotional life. Although California’s lions are protected against hounding, bears and bobcats are still chased down by dogs and shot by hunters from the safety of the ground.

If the animal is fortunate, it dies before it hits the ground. But, if the hunter’s bullet or arrow does not kill instantly, the animal falls from the tree, wounded, to the mercy of the excited dogs.

Another aspect to this cruel practice is the treatment of the dogs who are often discarded after they are no longer useful to the hunter, as well as the safety risks involved for the dogs who are going up against the claws and fangs of bears defending their lives.

More than 110 California veterinarians have joined the Humane Society Veterinary Medical Association in support of SB 1221, citing the obvious cruelty to the bears and bobcats and the inhumane treatment of the dogs.

Anyone who loves their dog can attest to the fact that they would never expose them to the kind of risks associated with bear combat. And anyone with the advanced sense of compassion that separates humans from many other species could not possibly find enjoyment in terrorizing and killing any creature.

Hunters often lay claim to tradition and freedom when defending their choice of entertainment. But it seems that the longer something has been done a certain way, the more likely a change is needed. Mired in tradition, progress gets suffocated. And freedom has its limits, as we are not free to kill those who wrong us, nor steal from those who have something we really want.

Public lands and the wildlife they support belong to all Californians equally, whether they live in the heart of Los Angeles or on the edge of these wild lands. And a recent poll found that 85 percent of the Golden State’s inhabitants oppose the practice of hounding.

It’s important in a democracy that elected officials remain loyal to the will of the majority, and an overwhelming majority of people in California would like to see hounding ended.

Hunters who use dogs to chase down their prey often argue that unless a person has actually gone hounding, they cannot be critical of the practice. But one does not need to participate in a bride burning to know it’s wrong.

There are many aspects to hunting that understandably make it so important to people: being out in the wilderness, camaraderie, great memories of time spent in nature with family, getting to know wildlife, tracking animals and passing down this love of escaping the sometimes overwhelming pace of modern life to a child. It’s the killing that people disapprove of.

The final act of violence – the killing – is something human beings have been progressively rejecting. Violence has no positive connotations, and hounding is violent by nature. Of course nature is brutal, but there are many things animals do that humans do not find acceptable.

We have been blessed with the ability to survive without having to live violently. At one time in our past enjoying the violence of hunting or warring against other groups of people was necessary, but we can now thrive in peace – at least, that is the goal.

We have a long way to go before cruelty is a thing of the past. The passage of this bill will not stop animals from experiencing violent deaths, but it will push humans to stop being the cause of those deaths.

Two lawmakers from Los Angeles County – Assemblymen Roger Hernandez and Mike Gatto – abstained from voting on this legislation, virtually the same action as a no vote.

The new vote could take place as early as next week. Contact your legislator to let them know you oppose the use of dogs to terrorize and kill bears and bobcats in our state. 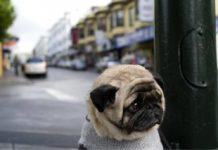 New Research Proves a Goat and a Dog Can Fall in...