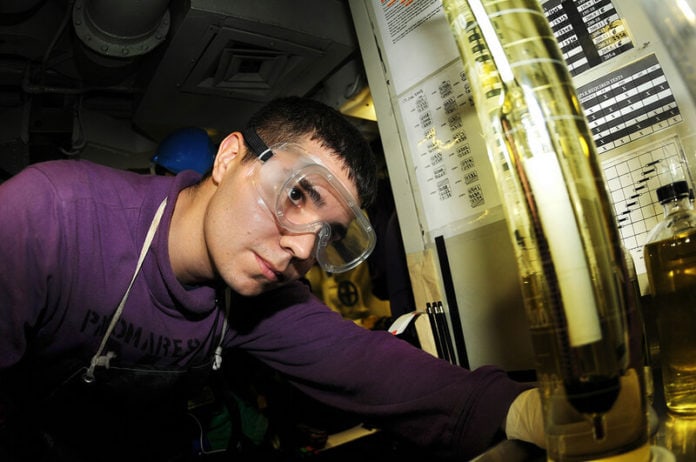 Iowa State University is investigating the use of ultrasound to break down plant material used in the creation of biofuels. The research has demonstrated that pre-treating biomass like corn stover, switch grass and soft wood with ultrasound catalyses the process of biofuel production.

Research into ‘second-generation’ biofuels, created from non-food sources, has increased over the last few years, with the potential to allow producers to extract energy from food waste or fast growing grasses. While commercialised biofuels are currently sourced using traditional food crops like corn or sugar cane, these ‘first-generation’ fuels put pressure on worldwide food prices and have the potential to cause major land-use changes. However, our fuel industry is now set up with storage tanks and fuel dispensing pumps to supply a range of different fuels including biologically synthesised ethanol and biodiesel.

However, technological development in more environmentally sustainable second-generation fuels has so far been slow, with investment in research and productive capacity yet to bring commercial success, although developments like these will certainly help catalyse the process.

The Iowa State University research found that they could significantly increase the rate at which lignin, the chemical that binds plant cell walls together, is removed from plant material during biofuel production. By pre-treating the biomass with ultrasound, the breakdown process occurs in minutes rather than hours.

Ultrasound technology was also found to aid the production of ‘first-generation’ biofuels, speeding up the hydrolysis rate of corn starch. At present, ethanol is produced by breaking down ground corn using jet cookers and steaming at boiling temperatures. By replacing the steaming process with ultrasound, the corn particles can be broken down into smaller parts, increasing the total surface area for enzymes used to catalyse the process. The net effect is greater fermentation yields.

Related:   Could GMO Tobacco Plants Be A Viable Biofuel Source?

David Grewell, one of the lead researchers, feels that the cost savings of this method could be very positive.

“Economic models have shown that once implemented, this technology could have a payback period of less than one year.”

The benefits of these developments have the potential to be huge. One of the major drawbacks of biofuels is the low volume of fuel created from relatively large amounts of biomass, or the ‘net energy yield per hectare of land’. It is unlikely that current yields would be enough to sustain global fuel requirements in the long-term without having huge environmental impacts.

For example, for corn ethanol to completely displace gasoline consumption in the United States, approximately 120 per cent of all cropland would need to be used for corn-ethanol production. However, by increasing the relative yield of fuel created from the same biomass, producers have an opportunity to make much larger gains. Continued research, development and investment could yet give the biofuels industry a positive future.