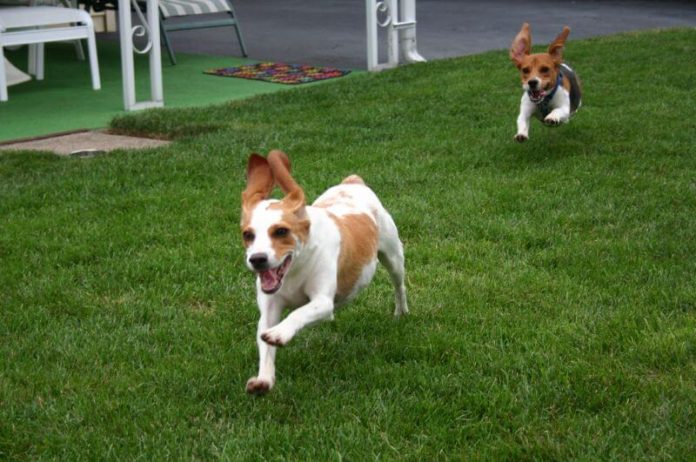 Beagles are among the most popular dogs in the U.S., and for good reason. Their friendly, eager-to-please attitudes, small size and willingness to forgive are ideal for family life, but unfortunately these same exact qualities make them attractive to researchers: they put up less of a fuss and require less space and food than larger breeds. Laboratory beagles are bred specifically for research and most will never see the sun or feel grass under their paws during their tenure as test subjects. This is to say nothing of the suffering they endure during lab trials.

After spending their lives deprived of pleasant feelings and exposed to numerous horrors at the hands of humans, it’s not surprising that research survivors make challenging pets. They’re unfamiliar with toys, leashes, bedding and all the other comforts enjoyed by a typical pet. More troubling, they often have their vocal chords removed and shy away from people, associating them with their former abusers. With time, however, these sweet dogs will transform into the loving pets they always wanted to be. And you can’t beat their reactions to freedom. Over the past few years, several viral videos have shared rescued beagles’ rewarding reactions to feeling grass, seeing sun and playing with other dogs for the first time.

Unfortunately, euthanasia is still standard for dogs who remain alive after laboratory trials, a depressing and wasteful end for animals who have endured so much. But the Beagle Freedom Project is standing up for these brave pups once again with their Beagle Freedom Bill, a legislative push that would require all taxpayer-funded research labs to turn their dogs over to non-profit rescue groups once they’re no longer needed for experiments.

Most Americans would be outraged to learn that their tax dollars are being used to fund labs that harm dogs like their own beloved pets, so with enough awareness this bill should take off. You can visit the official webpage for the Beagle Freedom Bill to read more about the bill, sign a petition to support it, and contact your local legislators to urge them to vote it into law.

Of course, this proposed legislation wouldn’t end the use of dogs in research. It would only give survivors a chance at a better life. To learn more about animal testing, cruelty-free alternatives and what you can do to help, check out this guide from the Humane Society International.