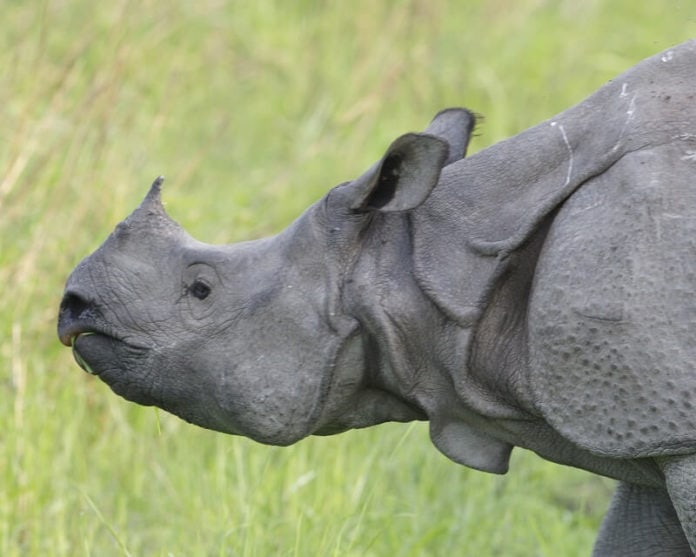 Kaziranga National Park, Assam is the home for the largest populace of one horned rhinos. This title of inhabiting the maximum number of one horned rhinos is the result of 108 years of continuous impactful conservation. Conservation in Kaziranga started in the early 90’s; it was year 1905 when Kaziranga was declared as a Proposed Reserve Forest. From there on the journey began and took various positive turns. In 1950, Kaziranga was crowned as a Wildlife Sanctuary, and in 1974 it got acknowledged as a National Park.

It is not enough to understand the natural world; the point is to defend and preserve it

Thus, the saga didn’t end with mere declaration of Kaziranga as a National Park. In 1985, UNESCO declared Kaziranga National Park as a World Heritage Site. Later in 2005, the park celebrated the accomplishment of its century. During this journey of 108 years, Kaziranga faced various challenges, overcame different nuisances and thus standing as India’s one of the most prominent examples of wildlife conservation.

The rising demand of one horned rhinos in the illegal wildlife trade is the greatest matter of concern for the authorities working for wildlife conservation. There was a time when poaching activities took a toll to the wild species. To combat this inhuman act, the authorities strengthened the patrolling at Kaziranga National Park. More forest rangers were employed and provided with better arms to fight with the poachers. The rangers put their best efforts for making sure that animals are dwelling in the safe premises. Further, the respective governmental authorities have decided to set up a special police station near the national park that will deal with wildlife crime.
IMPACT: As the result of stringent patrolling, many poachers have been arrested. On 03 June, 2013, four poachers with weapons were arrested near Kaziranga National Park. This is just one instance; there are various other examples that have been set by practicing stringent patrolling in the park.

Use of Latest Technologies

The authorities engaged in wildlife conservation are making use of the modern day technology to fight poachers in the best possible way. CCTV systems are installed to keep round the clock track of the activities happening in and around the park. Further, in April 2013, the officials launched an unmanned aerial vehicle – Drone in Kaziranga National Park. This light weight aerial vehicle carries a video camera that captures view of the park from a height. Drone can reach the remote areas of the park and thus one of the biggest efforts done for the conservation of one horned rhinos.

IMPACT: Owing to the latest technology, the forest officials can easily keep an eye on the poachers. Further, now that the poachers also know that the area is under 24X7 video surveillance, they also think twice before entering the park. Since then, the number of poaching activities has been declined.

The Centre for Wildlife Rehabilitation & Conservation (CWRC) was established near Kaziranga National Park under the Wildlife Trust of India (WTI). CWRC is India’s first rescue and rehabilitation centre that takes care of wildlife emergencies. Established in year 2002, CWRC hand raises the injured or frail animals and once they regain their health, they are left back in the wilds.

IMPACT: Centre for Wildlife Rehabilitation & Conservation has significantly contributed in rescuing and relocated different fauna species. As far as one horned rhinos are concerned, then there are two most prominent examples set by CWRC in the conservation of the respective species. Ganga and Mainao, two rehabilitated one horned rhinos are now the proud mothers of two healthy little calves. These rhinos were rescued from the floodwater of Kaziranga and were relocated at Manas National Park.

The recent wildlife census showed an increase of 39 one horned rhinos at Kaziranga, as reported by a renowned national daily. After going through the above mentioned conservation efforts, it’s quite needless to explain the reason behind this rise. So basically the bottom line is that conservation efforts made at Kaziranga National Park have actually shown recommendable results.