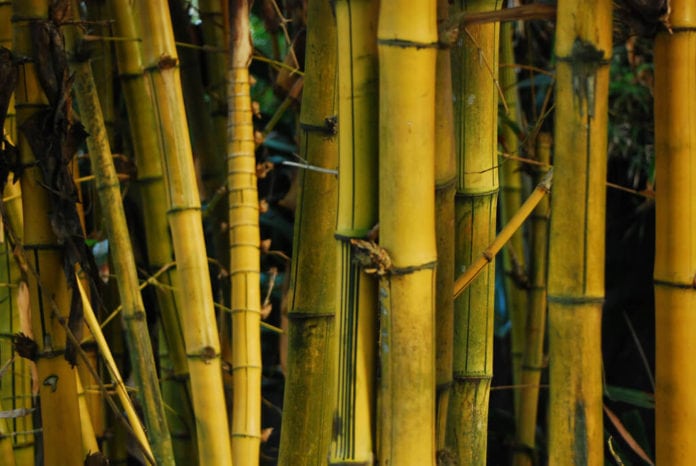 When bamboo bed sheets emerged on the market in 2010, they elicited a shockingly strong reaction from the United States government.  Companies claimed that these sheets were hypo-allergenic and anti-bacterial, as they were made from bamboo, and certainly superior to their cotton counterparts.  However, the Federal Trade Commission came out with an article that all but lambasted companies trying to sell products made of bamboo, even going so far as to claim that these companies were “bamboo-zling” consumers.  This gives cause for deeper delving – why exactly is the government so concerned about such a small, emerging market?

With just a little bit of research and deduction, it becomes clear that there are several reasons the FTC wants to squash the market for bamboo products – and not one of these is protecting consumers from being “bamboo-zled”.  To understand the motivation behind the FTC’s denunciation of bamboo fabrics, it is necessary to first look at the cotton industry.

Brazil actually sued the United States for flooding global markets with underpriced cotton – in other words, because the US produced so much cotton thanks to the government subsidies, more cotton was produced than there was a demand for, so prices dropped below the cost of production.  Why exactly is the US so concerned with producing cotton?  My guesses would be 1) the government is steeped in historical tradition.  Cotton has always been a major agricultural crop in the United States and it’s hard to think of leaving it behind.  2) The US holds the largest global market share in the world in the cotton industry and it wants to take advantage of that.

Cotton’s impact on the environment

Regardless of the economic value of cotton to the US government, the environmental impacts of this pervasive crop need to be addressed.  More than 25% of the insecticides used in the world are put toward the production of cotton, and 12% of pesticides worldwide support the crop as well.  This might be okay, if cotton was farmed on more than 3% of farmland worldwide – but unfortunately it’s not.  Additionally, cotton requires an immense amount of water to grow.  In order to produce a single cotton t-shirt, 2,700 liters of water are required to grow the cotton needed.  To put this in perspective, a single person will drink 2,700 liters of water in about three years – so cotton doesn’t exactly help with water conservation, not in the least.

California is the only state in the US that requires reports on the use of pesticides in agriculture.  Research based on these reports found that just 15 chemicals comprised 77% of the total pesticides that were used.  Most of these 15 chemicals were also among the most dangerous chemicals in the world.  And these chemicals are dangerous not only to the environment but to human health as well – 7 of the chemicals caused cancer, 8 caused tumors, 5 caused mutations.  12 of the chemicals caused birth defects, and 13 were toxic to birds and fish.  Not exactly a stellar track record.

As if the pesticides needed to grow cotton weren’t damaging enough, seven times as much fertilizer is used as pesticides during the process of cotton growing.  And this fertilizer is of course toxic – it pollutes the air, rivers, groundwater basins, and aquifers, just to name a few.  This same fertilizer is also responsible for the death and injury of millions of birds, fish, and other wildlife.

Bamboo’s impact on the environment

In many ways, bamboo is the antithesis of cotton in terms of how it is produced and its environmental impacts.  Bamboo is one of the fastest growing plants on the planet – some species have been recorded as growing more than two feet in a single day.  In addition, bamboo produces lots of oxygen.  A bamboo forest that is the same size as a grove of trees will produce 35% more oxygen that the trees.  Bamboo also absorbs a lot of carbon dioxide.  One scientist even went so far as to claim that planting enough bamboo worldwide would end the threat of global warming in a mere six years.  When bamboo is harvested, its roots are left untouched.  This means that there is no threat of soil erosion like there is with other woody plants.  Bamboo also needs significantly less water to grow than its cotton counterparts.

The production of fabric – from bamboo and cotton

In order to produce bed sheets from either bamboo or cotton, caustic chemicals are necessary in order to manufacture a quality product.  Cotton yarn goes through a machine called a slasher, in which the yarn is coated with starch.  The bamboo fibers are initially immersed in caustic soda in order to produce rayon, which is one of the softest materials around.  The product is then aged with oxygen.  Cotton sheets are soaked in concentrated bleach, either chlorine or hydrogen peroxide, just to prepare them for the dyeing process.  Resin is also applied to cotton sheets after they have been dyed in order to keep them from shrinking too much.

Unfortunately, in order to produce fabric that is at all soft from either bamboo or cotton, chemicals (and some harsh chemicals at that) are required.  However, Korean researchers did a study on the biodegradability of fibers.  They found that rayon fibers, which is what bamboo fibers are ultimately converted to in order to make fabric, were the most biodegradable.  The next most biodegradable was cotton, and acetate fibers were the least biodegradable.  It also interesting to note that silverfish (small, wingless insects) will eat rayon.

In the end, the processes used to produce fabric from cotton and bamboo are quite similar, and unfortunately, the use of harsh chemicals is a necessary evil in both processes.  However, at the end of the day, bamboo is a much more renewable and environmentally-friendly crop than cotton.  Studies have shown that cotton is one of the most toxic crops in the world due to the need for substantial amounts of insecticides, pesticides, and unnatural fertilizers.  Not only were the chemicals used in these poisons bad for the environment, but they were bad for people as well, as studies found cancer-causing agents in abundance, in addition to a host of other negative effects.  Conversely, bamboo is a highly renewable resource, and one that requires few production costs or chemicals.  Bamboo also needs substantially less water to grow than cotton.

Ultimately, although the process of production may not be entirely eco-friendly, at the end of the day, bamboo fabrics certainly have a substantially lesser impact on the environment than cotton fabrics.  Thus we can conclude that the fear of bamboo fabric not being environmentally friendly is without foundation, and realize that the FTC was likely following its own agenda in its denunciation of the new, soft, bamboo sheets.