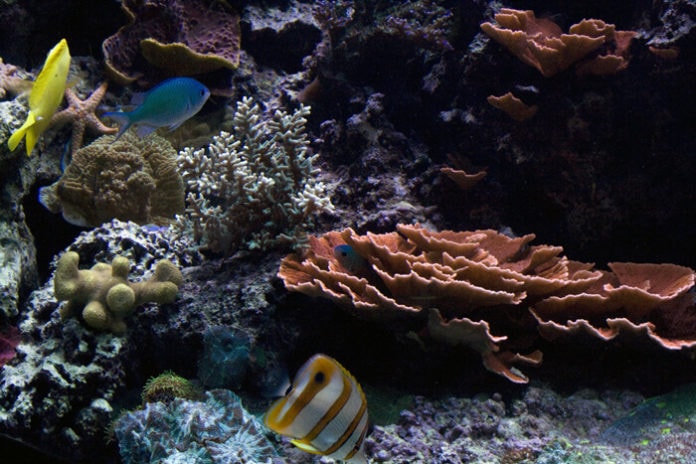 A new study, published in Nature Communications, has found that one of the major reasons behind the loss of coral reefs can be found on what is happening on land. After looking a deforestation rates and scenarios, the scientists were able to find a correlation between deforestation and change in coral reefs.

“The findings are very relevant for Australia since intense land use and past deforestation have transformed the river catchments tremendously and are seen as a major threat to coral reefs in the Great Barrier Reef and elsewhere,” said Dr Jens Zinke, of UWA’s Oceans Institute, in a news release from the University of Western Australia. “Managing hinterland land use is the major action needed to buy time for corals growing near rivers.”

The coral reefs, which habitat a quarter of marine wildlife, are severely endangered and have seen a steady decline in the past decades around the world. In Australia, for example, the  Great Barrier Reef has had a 50 percent decline in the last 50 years. What’s more, scientists have estimated that all the coral reefs in Southeast Asia could disappear in this century resulting in a 80 percent decline in food availability.

But now there’s some bad news for the coral reefs in the Caribbean. According to The Guardian, a new report by the International Union for Conservation of Nature (IUCN) reveals the devastating findings of the most up-to-date survey of reefs in the region: Only 8 percent of the reef have live coral. In fact, the only area in the Caribbean that is not showing such morbidity are remote areas in the Netherlands Antilles and Cayman Islands, where 30% of live coral still remains.

Think this is no big deal? Consider this: It has been estimated that in the 1970s, this same Caribbean reefs had over 50 percent of live coral.

Coral reefs are a particularly valuable part of the marine ecosystem because they act as nurseries for younger fish, providing food sources and protection from predators until the fish have grown large enough to fend better for themselves. They are also a source of revenue from tourism and leisure.

Carl Gustaf Lundin, director of the global marine and polar programme at the International Union for Conservation of Nature (IUCN), which published the research, said: “The major causes of coral decline are well known and include overfishing, pollution, disease and bleaching caused by rising temperatures resulting from the burning of fossil fuels. Looking forward, there is an urgent need to immediately and drastically reduce all human impacts [in the area] if coral reefs and the vitally important fisheries that depend on them are to survive in the decades to come.”

This news comes just month after a recently published scientific paper (published in the journal Science) which found that the rate at which the ocean is acidifying is faster now than it has ever been in the last 300 million years. Ocean acidification is a phenomenon related to rising carbon dioxide levels in the atmosphere that make it difficult for creatures to build their shells and skeletons. The study, led by Columbia University paleoceanographer Bärbel Hönisch, analyzed existing evidence from decades of research on the earth’s geologic history and has concluded that “we are entering an unknown territory of marine ecosystem change.”

It does not take a huge stretch of one’s imagination to accept that the causes behind this catastrophic statistic are human activity such as pollution, overfishing, and even ocean acidification. And while there are many global efforts to preserve the coral–including those by Mexico-based artist and ‘eco-sculptor’ Jason de Caires Taylor who is creating an artificial reef by placing pH-neutral cement sculptures underwater that allows organisms (i.e., sponges, starfish and tunicates) to latch on and form coral–one has to ask: Is it enough? 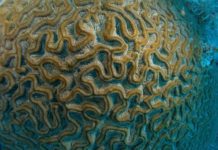 How much coral has died in the Great Barrier Reef’s worst bleaching event?