Greener IdealHelping you live sustainably
More
Home News Animals This aquarium is making history with plans to free its dolphins from... 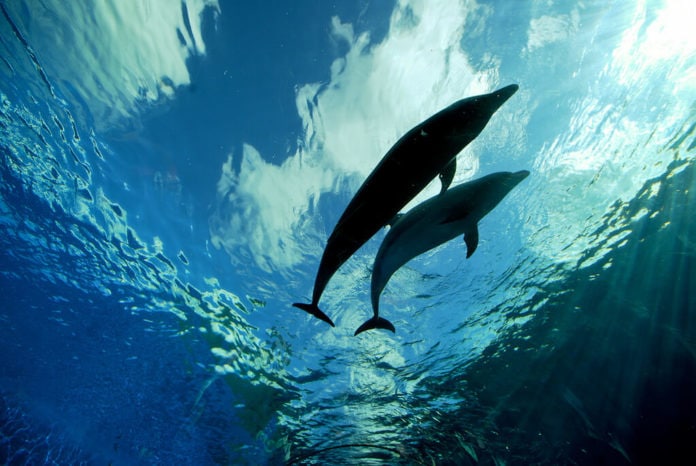 Ever since the ground-breaking documentary Blackfish revealed some disturbing truths about orcas in Seaworld, the debate about keeping cetaceans in captivity has notably intensified. No longer can we claim ignorance, as research and education has meant that we understand whales and dolphins well enough to know that captivity is harmful and dangerous to them, both physically and mentally.

Recent protests outside the Vancouver Aquarium have sparked one of the world’s most renowned anthropologists and ethologist, Jane Goodall, to write an open letter to the aquarium criticizing their continuing captivation of cetaceans:

“In captivity, these highly vocal and complex communicators are forced to live in a low-sensory environment, which is unable to fully meet the needs of their physical and emotional worlds.”

Goodall’s sentiments reflect that of a growing number of protestors who view keeping these incredibly intelligent creatures in captivity as inherently cruel.

But in the midst of outcries, one aquarium has heeded our call. The National Aquarium in Baltimore has decided to stand up for the plight of the dolphins and is working on plans to move their eight bottle-nosed dolphins in to a specially built sanctuary.

The decision has come as part of an ever-evolving perspective on cetaceans in captivity that has been largely driven by the most modern research into how the animals respond to captivity.

The CEO of the National Aquarium, John Racanelli, confirmed that they have already altered many of their dolphin-related exhibitions in order to address new concerns over the animals’ health.

Racanelli stated that the dolphin shows at the aquarium have stopped, although guests can still view the dolphins swimming, playing and being trained in a more natural way.

The breeding programme has also ceased after the tragic death of two calves in 2011.

Racanelli said that these changes are only the beginning of looking into how we can better improve our treatment of cetaceans in captivity so that they can have the best livelihoods that we can offer them.

Building a sanctuary is no easy task. In an interview with the National Geographic, Racanelli states that “these guys have never seen jellyfish drift by or watched spiny lobsters crawl on the ocean floor”. With only one of their eight dolphins having ever seen the ocean, releasing these captive-bred dolphins into the wild is out of the question.

This means that creating a sanctuary has to be an extremely well-planned and highly-researched endeavour. So far, the National Aquarium has already shown that it is making great strides in that regard by hiring Chicago-based Studio Gang Architects to develop and explore preliminary designs and openly discussing their plans with several cetacean experts. The dolphin summit at the end of May was said to give them more information as to how to begin the project.

In a move that is supposed to provide the dolphins with the most natural environment possible, Racanelli has stated that the sanctuary is unlikely to be built as part of the aquarium, as the natural inclinations of the dolphins would be to migrate south. Racanelli also stated that the criteria for the new sanctuary is two-fold: Firstly, the pod of eight have to be kept together and secondly, there has to be some type of link-up between the sanctuary and the aquarium that allows visitors to benefit educationally from watching the dolphins interact with their natural environment.

If the proposed sanctuary goes ahead, it will be the first of its kind. Hopefully, the actions of the National Aquarium reflect a wider change in attitudes in the on-going debate about whales and dolphins in captivity.