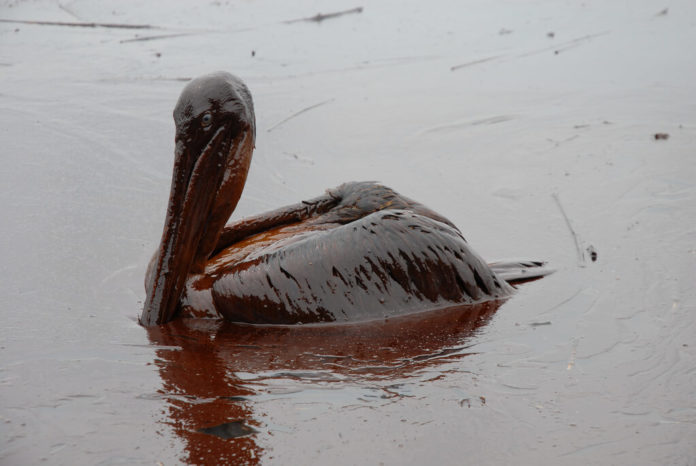 Every year over 100,000 gallons of oil end up in the oceans, costing billions to clean up, killing thousands of animals and causing extensive environmental damage.

Unfortunately, existing solutions for oil spills such as skimming, dredging, bioremediation, dispersants, controlled burning of surface oil and natural degradation are usually expensive, can be damaging to the environment and are not always effective, making oil spill disasters even more difficult to deal with.

But there may be a solution.

In 2011 an Italian engineer named Ivano Aglietto developed RECAM® (REactive Carbon Material) in 2011 for small and medium sized oil spills. RECAM is an eco-friendly, hydrophobic and non-toxic material that can be submerged into contaminated water where it can absorb 90 times its weight in oil, before being easily pulled back in with nets.

But this was only the first step. Recently, Aglietto took his invention even further with NAIMOR® (NAnostructure Innovative Material for Oil Recovery). Just like RECAM, NAIMOR is highly hydrophobic, non-toxic and eco-friendly, but this time it can absorb 150 times its weight.

But that’s not the only proposed improvement: NAIMOR can be used over and over again without losing any of its absorption capacity! Each time it fills with oil, it goes through a squeezing process that removes all the oil from the sheets. Because NAIMOR is hydrophobic, the oil that is squeezed from the sheets can then be used as a resource again.

NAIMOR can be developed in different sizes. On his website, Aglietto proposes three different styles:

The carpets are placed on the surface of the spill area and left there until they are completely saturated with oil. Because NAIMOR is hydrophobic, there is no danger that the oil absorbed by it will be released back into the water. The carpets are then brought in for a process of “regeneration” in which the oil is removed. Once this is complete, they are ready to be reused.

Booms are created in a horse-shoe shapes that are guided with the help of remote controlled drone-boats on either side. The booms are moved on the surface of the water, and contain the oil spill while also absorbing the oil. Again, once the material is saturated with oil, the booms are recovered for oil removal and regeneration.

This is essentially the carpet but is produced at a longer length so that it can be easily dragged behind by a drone boat.

Aglietto and his team started an Indiegogo campaign in December 2013 that ran until February of this year and successfully raised just under half their desired goal of $55,000. The money will be used to produce a prototype of NAIMOR®, which is currently in the works. If NAIMOR®does come to fruition, it could revolutionize the way we deal with oil spills and water contamination for the foreseeable future!

Related:
Boycotting BP after Deepwater Horizon - Is There Any Point?

Check out the very moving video for even more information about NAIMOR and oil spills.