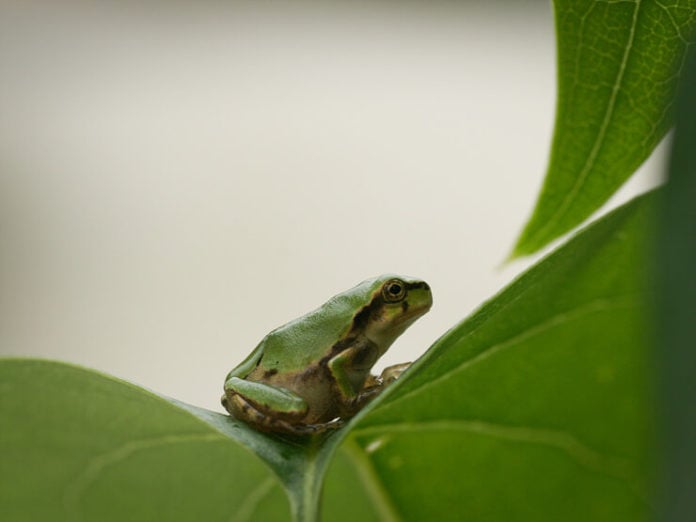 But buried under mortgages, job loss, the high cost of gas, parent/teacher meetings, dinner and getting to bed before midnight, people just don’t have the time or energy to worry about why North American bat populations are being decimated by a mysterious fungus, let alone actually do something about it.

White Nose Syndrome (WNS) is caused by a fungus that was first discovered in 2006 in American hibernating bats. Since its discovery, it has wiped out close to 7 million of the flying mammals, including endangered gray bats.

“It’s probably the fastest decline of wild mammals in recorded history,” post-doctoral researcher at the University of Tennessee who has been on the forefront of WNS research, Justin Boyles told Earth Island Journal. “Everything’s gone in some of the northeastern caves.”

Although bats conjure up images of vampires and the occult, these shy creatures actually provide us with an invaluable service – pesticide-and-herbicide-free, no-cost pest control.

For example, little brown bats, once one of the most populous of bat species found in the United States and now expected to go extinct from the killer fungus and the disastrous effects of wind turbines, eat mosquitoes.

“One little brown bat can capture 1,200 insects in an hour; a nursing female eats more than her own body weight nightly – up to 4,500 insects,” according to the Izaak Walton League f America.

One study put the economic value of bats’ pest control defending agriculture at up to $53 billion a year.

Mortality for bats once White Nose Syndrome is discovered in a cave is 100 percent. Scary stuff. It seems the only way we have to prevent the spread from one cave to another is by closing caves to tourists and cavers (who are fighting cave closures).

Scientists believe that the fungus, Geomyces destructans, which has so far spread to nine bat species in 20 U.S. states and four Canadian provinces, was brought to the continent on contaminated equipment from Europe where the fungus exists but does not kill bats. Sounds like when we came to deliver religion and smallpox to our Native American brothers and sisters. Ah, the joys of globalization.

But bats are not the only species we need in danger of becoming a casualty of the sixth mass extinction crisis. More than a third of all species of amphibians, many of which are toads and frogs, have already joined the dinosaurs, and many more are quietly headed down the same path.

The interesting – and tragic – thing about frogs being unable to cope with the world we have created (or destroyed, depending on whether you’re a glass-half-full or half-empty type of person), is that frogs watched the dinosaurs come and go. They were the first of our ancestors to brave the unknown world of life outside of the oceans. They survived the age of reptiles, ice ages  and asteroids, but it looks like the age of man is what will finally do these ancient creatures in.

One important element to this that we need to keep in mind is that as much as we’ve separated ourselves from nature, we are still completely dependent on it and at its mercy. If frogs, who have been around for so long, can’t survive in the toxic environment that is a byproduct of our success, then what makes us think we can?

Scientists consider frogs and other amphibians bell weathers for the environment because they breathe through their skins, meaning if frogs are starting to die off, we need to pay attention because we could be next.

Tyrone Hayes at the University of California at Berkeley reported in a PBS Nature documentary that agricultural chemicals, including fertilizers and pesticides, are affecting the health of frogs in super creepy ways.

His research on frogs in California’s Salinas Valley, known as the “salad bowl” of America because so much of our fruits and vegetables are grown there, has found that a common agricultural chemical, atrazine, causes frogs that are genetically male to develop as females and produce eggs. Even more creepy is that the amount of the herbicide he used in his lab to turn that boy frog into a girl frog is three times less than what’s allowed in our drinking water.

With 50 percent of the country’s agricultural products grown in California, we use more pesticides than any other state. And these pesticides are leaching into ground water and into rivers and essentially into our bodies.

Like bats, frogs may not be something we want to curl up next to with a good book, but they do us a great free service by eating pests like mosquitoes and their larvae, protecting us from diseases. And like bats, they are falling victim to an unstoppable fungus.

While habitat loss, pollution and human population have all taken their toll on both groups of Earth dwellers, the fungus, called chytrid, was not directly created by us. But it seems that overloading the planet with chemicals is causing a compromised immune system making them more susceptible to illness.

We now know that the 50 percent decline in honeybees in the last 25 years is being caused by common pesticides as well. And we all know without bees we’re pretty much doomed. Like bats, they are pollinators. More than $15 million a year of U.S. crops are pollinated by bees. Not to mention the $150 million of honey they produce for us.

So where does this leave us? We need to grow food. We need to keep pests from destroying our food. So we’ve developed magic chemicals to kill the bugs that eat our food. Those chemicals in turn are killing the animals that eat the pests and the animals we need to pollinate our food. Without them, we’ll need more chemicals, further saturating the Earth in toxic pollution, creating dead zones in our oceans killing more “food,” and poisoning the water we need to drink and water our food.

The answer? We don’t know. But we do know the road we are going down may end in a place already foreseen by the Mayas. So we know we need to overhaul our system of existence.

Population control? Yes. Eating lower on the food chain? Of course. Growing your own food? A total no-brainer.

What is happening to these animals is sad, but continuing along with business as usual ignoring the greater implications of their demise is criminal. I want my children to be able to enjoy the same if not better world I love so much. Maybe we should skip the soccer game this weekend, get the neighborhood  together, and come up with a plan to start a super-local, organic garden. We have to start somewhere.