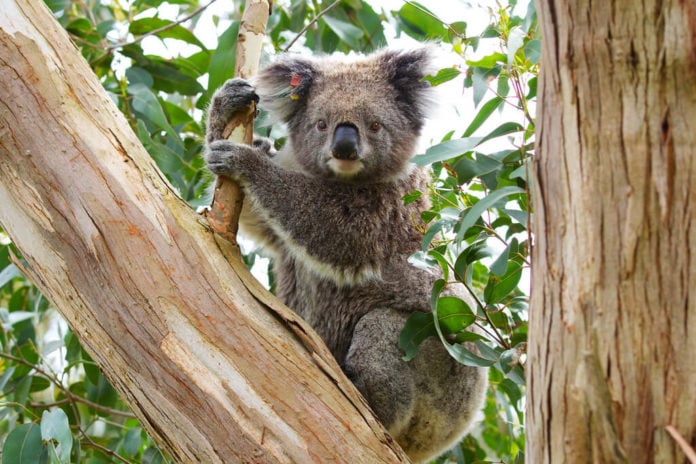 Everyone is accustomed to seeing a koala hugging a tree branch – in fact, some may find it hard to picture them doing anything else. But many probably ask themselves, why do koalas hug trees in the heat? You may not have known that there was a natural reason for this, and one that’s becoming more important as temperatures in Australia rise and heat waves rage.

In addition to being shaded by leaves, trees have a much lower internal temperature than the outside world around them. New thermal images show that when koalas are spread out across a tree branch in the midst of a heat wave, their bodies are really trying to tap into a tree’s internal cooling to lower their own body heat.

According to The Guardian,

The study was conducted by the University of Melbourne’s Department of Zoology, and headed up by Dr Michael Kearney.

The interesting implication from this research is that koalas may not be the only species who uses this method of cooling to survive the heat. It’s suggested that, if koalas are sprawling out on tree limbs to stay cool, a number of other tree-dwelling creatures may be doing the same thing for the same reasons.