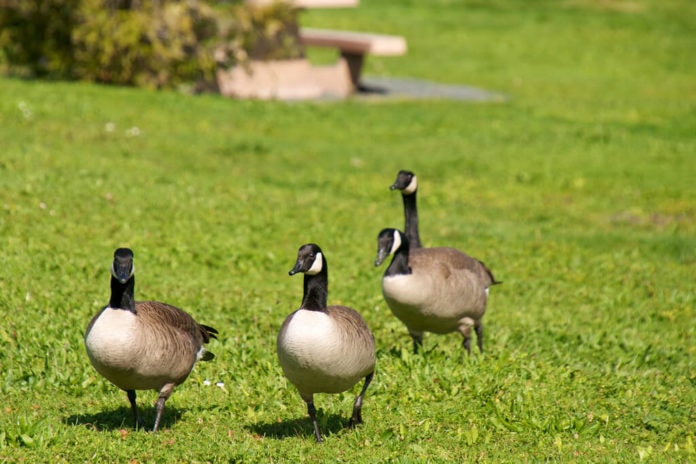 Wait, you’re not cheering along? That’s okay. They’re not my favorite birds, either. It almost seems like the Canada geese never went away, but I really felt their presence today while sidestepping their abundant droppings on a walk around the lake with my dog. It’s funny how we get fined for failing to clean up after our dogs, but these geese get a free pass. I can deal with their obnoxious hissing easily enough, but those droppings…

The foulings of these invasive birds are more than just a nuisance. They contribute to unattractive and smelly algae growth in lakes, which in my community and many others drives authorities to add chemicals to the water to control it (at the expense of native frogs, fish, mollusks, insects and the area’s water supply in general).

As the United States has developed over the past few decades, we’ve really felt the Canada goose population explode. Manicured lawns on private homes, parks, airports and golf courses attract these birds, who graze on the grass and enjoy an unobstructed view of oncoming predators.

Yes, Canada geese annoy most of us, but we don’t really want to hurt them. In fact, earlier this month Chicago police went out of their way to shut down interstate I-80/94 to save a family of geese who had wandered into traffic. Those little goslings sure are cute, and if you look at them objectively, the adults are rather pretty, too, with their genteel black and white markings. I wouldn’t mind having a few of them to admire around the park, but the problems start when they form those large flocks.

Goose culls have unfortunately become a common control solution, but in addition to being cruel, they only work temporarily. Once space is freed up, new flocks move in on the deceased birds’ former territory. A better way to reduce goose populations (and in turn beautify our parks and preserve our ponds and lakes) is with humane control solutions. These include oiling goose eggs to prevent hatching (you need to register with the U.S. Fish and Wildlife Service first), scaring the geese humanely with trained dogs, and making their habitats less attractive. Geese find long, old grass unpalatable (though the neighbors might frown upon it), and won’t frequent a place where food and shelter is unavailable.

The Humane Society has a great guide for achieving all of the above. Wouldn’t it be nice if your community put their resources into humane, effective goose control instead of violent culls and toxic chemical water treatments that don’t even work in the long term? 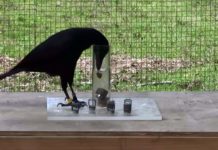