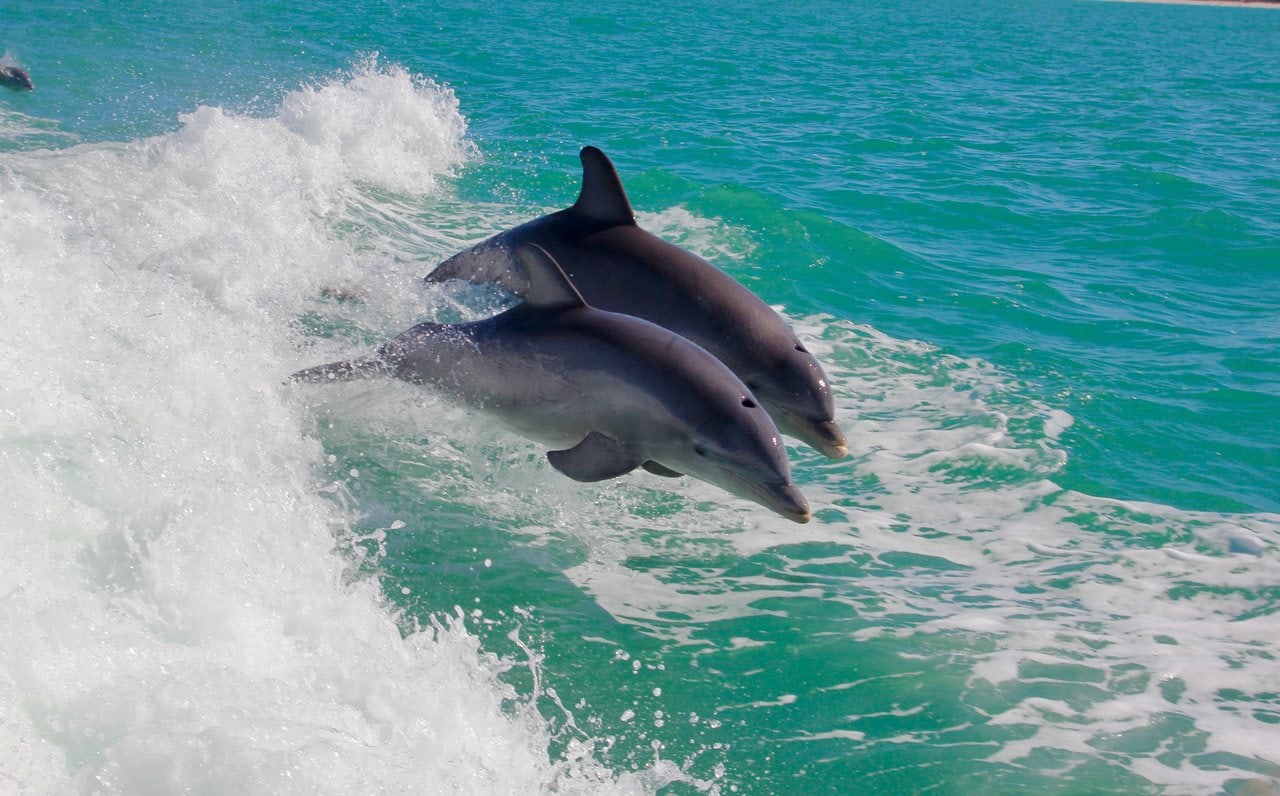 Not long ago, that question would not have been much of an exaggeration in the United States. Actually, it’s pretty relevant in Mexico to this day, and a recent ruling by the World Trade Organization (WTO) condemning our “dolphin safe” label as trade restrictive might force us to lower our standards to allow tuna caught by chasing down and netting pods of dolphins for the tuna swimming beneath to receive the happy-dolphin stamp of approval.

In the picturesque tropical waters west of Mexico and Central America in the Pacific Ocean where dolphins and tuna swim together, the eastern tropical Pacific (ETP) tuna fishery has seen its share of industrial blood-letting – tuna, yes, but we’ll focus on dolphins for the moment.

Since the development in the 1950s of modern purse seines – large, hydraulically driven synthetic nets that surround schools of tuna and haul them to the surface – scientists estimate that more than 7 million dolphins have been killed in the pursuit of the now severely over-fished tuna, the highest known for any fishery.

Compare that 7 million for one fishery since 1950 to the 2 million whales that were hunted to near extinction in the entire 20th century and it is clear why starting in 1972 with the Marine Mammal Protection Act the United States began taking steps to reign in the wolves and stop the slaughter of dolphins.

The 1990 Dolphin Protection Consumer Information Act created the standards for receiving a “dolphin safe” label on canned tuna, which require that dolphins not be chased and netted in the pursuit of tuna. Since the advent of this system, dolphin deaths have declined 98 percent.

Related:   Salmon fishermen kill sea lions rather than face their own role in the decimation of the species

But about 1,000 dolphins are still being killed a year in the ETP thanks to three countries unwilling to stop netting dolphins to get at their companions below: Mexico, Venezuela and Columbia.

Because it seems Americans have a hard time choking down mercury-laden tuna laced with dolphin, Mexico’s tuna is a hard sell north of the Rio Grande. And since none of us want Flipper’s blood on our tuna salad, Mexico complained about our strict labeling standards to the WTO, which ruled earlier this month that the U.S. rules discriminate against Mexican-caught tuna.

It’s unclear what our response will be, but Reuters quoted Mexico’s Economy Minister Bruno Ferrari as saying “If this decision is not implemented, Mexico has the right, according to the rules of the WTO, to enact commercial sanctions.”

This decision comes on the heels of a Declaration of Rights for Cetaceans proposed at the world’s biggest science conference, the annual meeting of the American Association for the Advancement of Science in Vancouver, Canada.

This declaration is based on years of research culminating in the understanding that dolphins and whales have human-like self-awareness and intelligence, and concludes that cetaceans are people in the philosophical sense so therefore deserve the same rights we have reserved only for ourselves. Sort of an aquatic “life, liberty and the pursuit of happiness” under the sea situation.

A recent BBC article supported the researchers’ claims with evidence of cetacean behavior that our belief system has always taught us confirms our superiority and dominion over all other creatures.

A member of a group of orcas, or killer whales, in Patagonia had a damaged jaw and could not feed. The elderly whale was fed and kept alive by its companions.

The recent encounter witnessed by whale watchers in Monterey, California, where humpback whales came to the aid of a mother gray whale defending her calf against a pod of orcas also supports the clear evidence that if our species is as wonderful as we think we are, than we must extend rights and protections beyond the limited boundaries of the human experience.

Even with the significant drop in dolphin mortality, dolphins in the ETP have not recovered. According to the National Oceanic and Atmospheric Administration (NOAA), northeastern spotted and eastern spinner dolphins were estimated in 2002 to be at 19 percent and 29 percent respectively of population sizes when the fishery began in the 1950s.

NOAA suspects that the lack of recovery is due to

“underreporting of kill by observers, cryptic effects of the fishery not detectable by observers, such as stress, induced abortion or separation of mothers and calves … long-term ecosystem changes, and a lag in recovery due to interactions with other species. In years with a high number of dolphin sets, there are fewer calves in the spotted dolphin population.”

Mexico claims the dolphins are unharmed when they are chased, netted, held and then hopefully successfully released before the tuna massacre ensues. This evidence shows that the stress is taking its toll, and that the wholesale rape of the fishery is disturbing the ecosystem. No one knows for sure why dolphins and tuna are bonded in the ETP, and the loss of those fish looks to be adversely affecting the dolphins’ ability to recover from the mass killings that took place before the advent of laws protecting them.

If Mexico gets its way, its ships will continue to net dolphins in the ETP and still be awarded the “dolphin-safe” tuna label. American consumers will need to step up and fight back in a way that will guarantee success for dolphins and for the battle for accurate labeling. We will need to stop buying tuna. Period. Mexican tuna stamped with the “dolphin-safe” label will be sitting on supermarket shelves sending a clear message to the industry.

You’ll be doing your health and the oceans a favor when you pass on the meat of an endangered icon of the sea. The tuna fishermen can indulge to their hearts’ delight. Let them eat mercury.

Coming Wednesday: Why tuna is bad for your health and the health of the world, and why we’ve always been told otherwise. 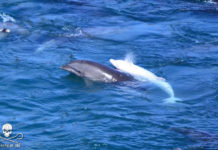