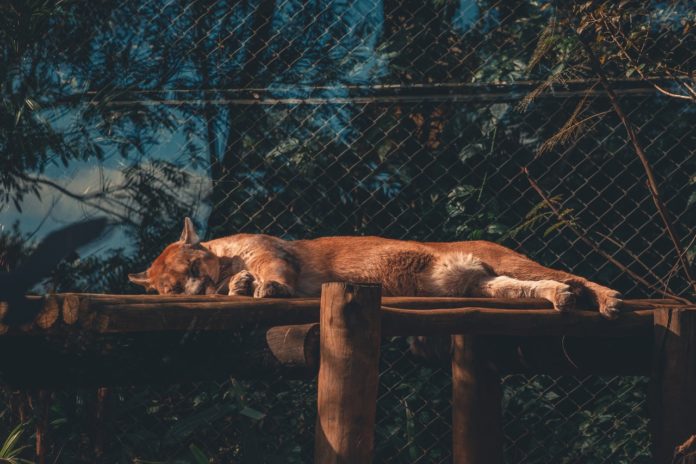 I know. I know. Stalin was talking about people, but Tuesday’s shooting of the young mountain lion in the heart of Santa Monica City and the ensuing outrage over law enforcement’s decision to kill the three-year-old cat illustrates the public’s changing attitude toward wildlife and predators in particular.

The 75-pound mountain lion had likely made its way out of the Santa Monica Mountains – where National Park Service scientists have tracked 22 lions over the last 10 years – and into the city in a search for its own territory during the night. Once the light of day brought with it traffic and people, his predicament became clear and he took refuge in a courtyard.

Outnumbering the cat almost 90,000 to 1 in the city, our response to the terrified animal seems almost comical. After cornering him, and shooting him with a tranquilizer dart, he did what anyone would do, he tried to run away. To stop him, we turned our fire hoses on him full force. And if you can believe it, he still tried to get away. When he ran too close to a police officer – he was already surrounded – he was shot and killed.

For many of the citizens of Santa Monica, a city known for its propensity to take up progressive causes, this constituted a tragedy. Since 2000, three people have been killed by mountain lions in all of North America.

Considering almost 13,000 people were murdered by other humans in the United States in just 2011, our veritable freak out at the sight of a critical member of a range of ecosystems highlights that our mentality has not moved far from that of early settlers who eliminated grizzly bears in California (our state animal), came close to wiping out wolves in the entire country and tried unsuccessfully to send coyotes the way of the dinosaur in a short-sighted attempt to take up where God had fallen short.

A stellar three-part investigative exposé published last month in the Sacramento Bee describes Wildlife Services – a division of the United States Department of Agriculture – as the “killing agency” because of the fact that it exists for the sole purpose of waging war on Americas wildlife to “protect” livestock investments as a subsidy to ranchers, and to “preserve” populations of prey animals so hunters have enough victims for their sport.

Last year, Wildlife Services spent about $100 million of our money to kill 4 million animals nationwide. The intended casualties were mostly predators, but the Bee’s investigation found that “with steel traps, wire snares and poison, agency employees have accidentally killed more than 50,000 animals since 2000 that were not problems, including federally protected golden and bald eagles; more than 1,100 dogs, including family pets; and several species considered rare or imperiled by wildlife biologists.”

We hate them. We kill them. Trees start to die. Beavers disappear. Deer begins to starve. We reintroduce them. Ecosystems begin to heal. A few people still hate them. We delist them from the Endangered Species Act for political reasons. We open hunting season on them. They are again in danger of extinction. This is the short-short story of wolves in America.

We recently monitored the first wolf since 1924 make an 800-mile journey from southern Oregon over our border in California. One can hope that our collective reaction will be more pragmatic toward this wolf than that of the Santa Monica cougar’s welcoming committee.

While I do have to give the citizens of California some credit for voting twice to make and keep mountain lion hunting illegal in the state, the California State Department of Fish and Game kills about 85 cougars a year, private citizens with special permits off another 100, and cars take another 20 on average.

And even more infuriating, when the California Game Commissioner decided he wanted to follow a pack of dogs to a treed cougar where he could shoot the cat in safety, he traveled to Idaho where he posed for pictures with the dead animal before returning back to represent the people and animals of California.

We just can’t seem to make up our minds about predators. News reports about the Santa Monica cat invariably cited the preschool close to the cougar’s location as reason for killing it. Protect cows. Protect kids. Protect our cities. But our cows, kids and cities are tightening the hangman’s noose around predators’ necks as we move them into more and more of these animals’ territory.

If you don’t want to coexist with wildlife, don’t live near wild places. Manifest Destiny is for the history books. We are no longer ignorant of the delicate intricacies of ecosystems. We are aware that nature is finite and the fact that we still keep taking and taking is a crime against future generations.

The fact that so many of us consider the death of the lion in Santa Monica a tragedy shows us there’s hope. I guess we just need to make sure we keep any trigger-happy, Wyatt-Earp-wannabes from joining the Santa Monica Police force. We’re not in Idaho anymore Toto.