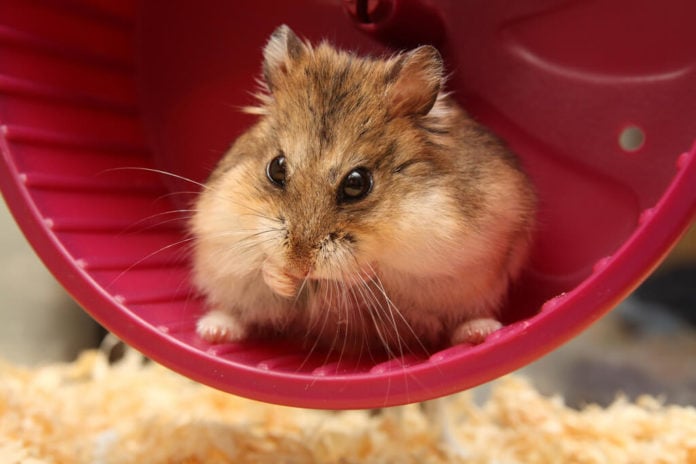 It’s fun to watch your pets interact with a new toy, and it feels good knowing they’re enjoying themselves. But don’t pet toys seem like a substitute for what animals could get for free in the wild? Pet exercise wheels and “jungle gyms” make up for the activity animals would get if allowed to run free outdoors, and chew and squeak toys are mere approximations of wild prey and scavenged bones. If given the choice, don’t you think animals would prefer the natural counterparts to their toys?

Maybe not! A neat new study published in this week’s Proceedings of the Royal Society B: Biological Sciences found that various wild animals – mice, rats, shrews, frogs, and even slugs – approached and played on hamster wheels placed in their natural environment, with no outside encouragement.

Researchers Johanna Meijer and Yuri Robbers, both of the Leiden Medical Center in the Netherlands, set out to determine whether running on a hamster wheel is fun for caged animals or a neurotic side-effect of captivity. Robbers said, “The main concern that has been put forward by many [researchers] is that, ‘Is this is an unnatural behavior, an artifact of captivity, or is it something that could occur more naturally? That issue, I think, we’ve laid to rest.”

The two scientists set up little exercise wheels and video cameras in a seaside nature preserve and a weedy patch of Meijer’s own yard near a city park. They tried placing dishes of mouse food and, in Meijer’s yard, pieces of chocolate near the wheels, but animals approached them with or without these reinforcements.

Mice partook in the bulk of exercise sessions, but rats (USA Today called them “gym rats”) and shrews also enjoyed the wheel. All three rodent types were filmed running on the wheel, getting off, then returning later on for another workout. Slugs also found their way onto the tiny gym equipment, but didn’t seem to get much out of it. Meijer laughed, “They happened to end up in the wheel – poor slugs, maybe – and they were moving and moving and didn’t get any further. It is very funny, because (the wheel) goes very slowly, but it goes.”

Maybe wild rodents just enjoyed the novelty of these wheels – everyone likes a new toy, right? In any case, this research suggests that caged animals really do like running on exercise wheels, and their enjoyment of doing so is no cause for concern. If anything, it’s an incentive to go to the gym more.

Try setting up a little mouse playground in your own yard and see what happens (if you’d like more rodents in your yard, that is). 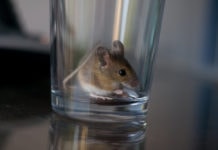 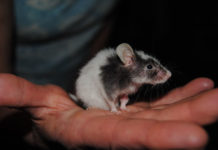 How to catch a mouse without killing it 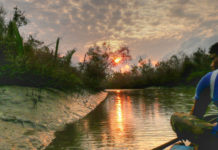 How to catch a mouse without killing it

The Joke’s on Us: New Research Suggests Animal Testing a Danger...