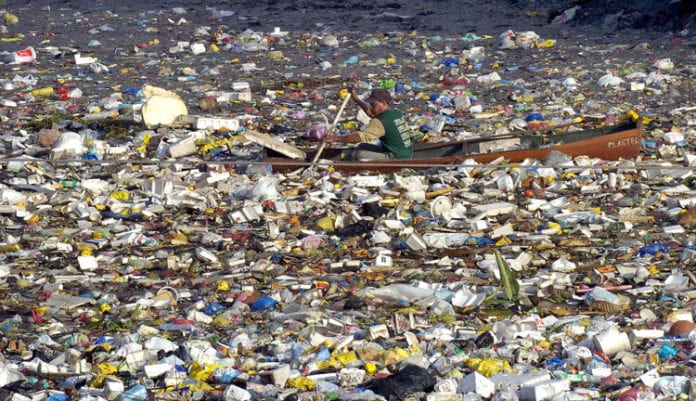 What is the Great Pacific Garbage Patch?

If you have ever wondered what happens to all the rubbish humans create, after some consideration – and few available answers – you have probably concluded that it’s ‘probably dealt with properly.’ This is often the case, but sadly there are some companies – and people too – who treat the natural world as something of a garbage dump. It might seem like if you chuck a plastic drinks bottle into the water off the coast of the UK that it just disappears – or maybe you’ve just never thought about it. The reality is that it doesn’t just disappear; it joins the other billions of pieces of rubbish, domestic and industrial, that are dumped into the sea each year. Whilst the oceans might cover 71% of the earth’s surface, they’re not a black hole and environmentalists have warned of serious consequences if they continue to be used as the world’s rubbish dump. Nowhere is this more apparent than the Great Pacific Garbage Patch.

It sounds bizarre doesn’t it – the Great Pacific Garbage Patch. It’s weird to think that somewhere out there in the sea is a giant underwater rubbish dump, but that’s exactly what has been discovered in an area that stretches out between Laos and Hawaii. Although estimates vary as to how big the Garbage Patch really is, in 2009 it was thought to be around twice the size of France, and more recent figures put it at twice the size of the continental USA. The Great Pacific Garbage Patch is part of a much wider problem that us human beings have created for ourselves, which has resulted in there being more than 46,000 pieces of plastic per km squared in the world’s oceans, responsible for the deaths of millions of seabirds and mammals each year.

The Great Pacific Garbage Patch was not intentionally created by humans. Whilst the fact that the rubbish is in the sea in the first place clearly comes down to irresponsible man (and woman), it is the currents and tides of the world’s oceans that have resulted in it all being gathered into one place. The Garbage Patch is located right in the middle of the ‘North Pacific Gyre,’ which is one of five rotational currents in the world. Due to the nature of the gyre, it pulls debris in to its current, resulting in a kind of magnet effect. The rubbish is drawn from all across the North Pacific Ocean, including the oceans off the coast of Japan and North America. It tends to be made up of small plastic particles or objects that are basically floating on the water, or just below the surface, which are drawn into the gyre current and then pulled into its centre where it becomes trapped.

Obviously, one of the major issues with the Great Pacific Garbage Patch is the effect it has on wildlife and mammals – on the stomachs of the birds who eat it, on the sea life that is polluted by the toxins from it, and even on humans when toxins from the rubbish are absorbed by small fish, which are eaten by larger fish and then consumed by humans. On the whole, very little has been done to clear this area up, but in 2008 the Environmental Cleanup Coalition was formed to try and tackle it. So far the problem has remained somewhat overwhelming and resources to solve it somewhat underwhelming. However, with a brighter spotlight now being shone on the area, the hope is that the Great Pacific Garbage Patch will, at some point in the future, be no more.

Related:
7 Ways You Can Help Keep Lakes And Rivers Clean And Pollutant Free