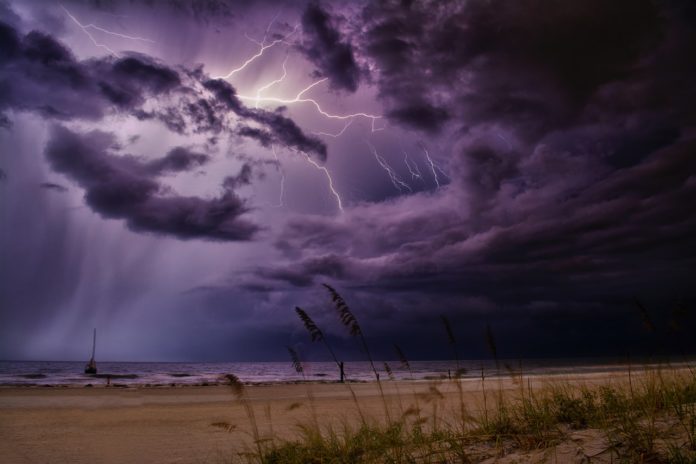 I cannot speak for everyone, but I know that 2011 brought out crazy weather where I live. It snowed in October and barely snowed thereafter. The weather recently has been an unpredictable blend of warm and gloomy. Oh, and the “April Showers” that precede the “May Flowers” never came. And while my entire social circle was thrilled to never have to plow snow or trek to work on a rainy day, there’s more to extreme weather fluctuations than what meets the eye.

First and foremost, it is generally accepted by the scientific community (and in the general population as well) that extreme weather is a direct result of global warming. And if you think one year will hardly make a difference or the past calendar year was a fluke, think again!

A recent study, published in the April issue of Science, has analyzed data from the past 50 years to find one unsettling finding: There’s more extreme weather on our way. According to the researchers, in the past 50 years the water cycle has accelerated by 4 percent–nearly double the estimated predictions. Essentially, fresh water became fresher and salt water became saltier due to stronger evaporation and precipitation. If the water cycle continues at this rate, the next 50 years could lead to more droughts and floods.

Lead author of the study and researcher at Lawrence Livermore National Laboratory Paul J. Durack told the New York Times that the study  “provides another piece of independent evidence that we need to start taking the problem of global warming seriously.”

Durack’s paper is not the only piece of evidence out there! Recently 350.org, an international climate campaign, hosted Climate Impacts Day calling for citizens of the world to upload pictures and videos to help connect the dots between climate change and global warming. The end result  was an overwhelming collection of extreme weather in the past year ranging from the wild fires in Santa Fe, New Mexico to the floods in Pakistan. The campaign makes a compelling case with strong visuals for those who simply cannot accept the findings scribbled on a piece of paper.

Whether it be scientific research, online campaigns or firsthand experience of extreme weather, people are slowly growing to acknowledge that global warming is affecting our weather. A survey conducted at Yale University found that seven in 10 Americans believe global warming is the cause behind weather fluctuations. And the main reason just may be personal experience. The survey also found that 80 percent of Americans have witnessed extreme weather and what better way to acknowledge a problem than to witness the repercussions?

When all is said and done, whether we believe global warming affects our climate or not, the simple fact is that scientists believe that the extreme weather we have been witnessing is here to stay and will possibly become more extreme with time. Essentially, our future involves wet climates getting wetter and dry climates getting drier which will ultimately hurt food supplies as agricultural land face the danger of drying out and other land gets destroyed by floods.