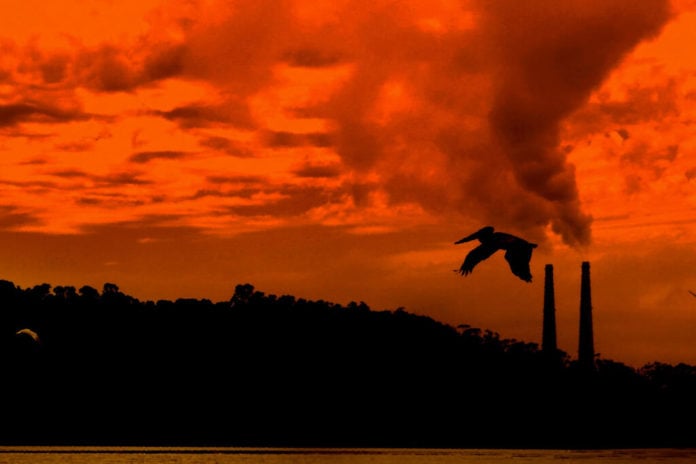 It might be understandable, even normal if we were asking people if they believed in the Easter Bunny, Santa Claus or the Loch Ness Monster. However, according to a recent Gallup Poll, one in four American’s doesn’t believe global warming exists.

Since 2001, polling firm Gallup has asked Americans about the environment. In their seventh Environmental Survey, conducted across the United States from March 6 to March 9, 2014, the latest results are – well – dumbfounding.

Although 39% of American adults questioned ranked themselves as “Concerned Believers,” followed by 36% saying they fell in the “Mixed Middle,” a huge percentage – 25% or one in four, said they weren’t worried about global warming, placing themselves in the “Cool Skeptics” category.

The categories provided to participants were created by the polling company, and perhaps are partly to blame for the stunning results.

It’s always hip to be cool – and those who aren’t hip often like to be in the middle of the road, especially in conservative circles.

Despite the massive scientific research from reputable academics and scientists from all over the world proving our society’s impact on our climate, a quarter of all Americans don’t think there is anything to worry about.

Gallop’s own survey shows that sex and age may play a factor in whether or not you accept the vast scientific research, or not.

The “Concerned Believers” were 60% women, 40% men, while those who labelled themselves “Cool Skeptics” were 66% male, and only 34% female. This indicates that women are more likely to believe in global warming than men.

That might lead you to believe those under 50 went through their academic life with newer research about global warming, while those over 50 never had the opportunity to study or read the scientific research.

You’d be wrong – according to Gallup, “education is not a strong discriminator for the polarized groups, as a little over one-third of each group has no college experience, roughly 30% has some, and about one-third has a college degree or some advanced education.”

However, nearly half of those in the “Mixed Middle” group had no more than a high school diploma.

This paints an interesting picture of the modern environmentalist in the States – a woman under 50 that may or may not have continued education after high school.

What’s far more appalling is the lack of understanding about human interactions with our environment.

Clearly, the “Cool Skeptics” don’t know about their own interactions, and those of their friends, family, colleagues, and every other person on the planet’s effects on the environment.

What’s worse, is the number of global warming doubters is increasing. According to Gallup, the rank of skeptics expanded from 2008 to 2010 and has continued to grow. The polling firm says there is “the perception that the seriousness of the issue is exaggerated in the news.”

A so-called “Climategate” has also taken place in the States, where American politicians funded in part by donations from the petroleum sector have spoken out against global warming, and have even used “scientific” research paid for by this sector, which denies human causes for our planet’s climate change.

The Gallup survey says that Climategate may also have changed public perception about global warming.

And that is tragic in of itself, because Climategate isn’t really about the environment, but instead about big oil and gas companies trying to prevent legislation which limits their product’s use – such as encouraging alternative fuels – because it’s the burning of fossil fuels which has impacted the climate the most.

Gallup randomly phoned 1,048 people 18 years-old and up across the United States, and says their survey has a margin of sampling error of plus or minus 4 percentage points at the 95% confidence level.