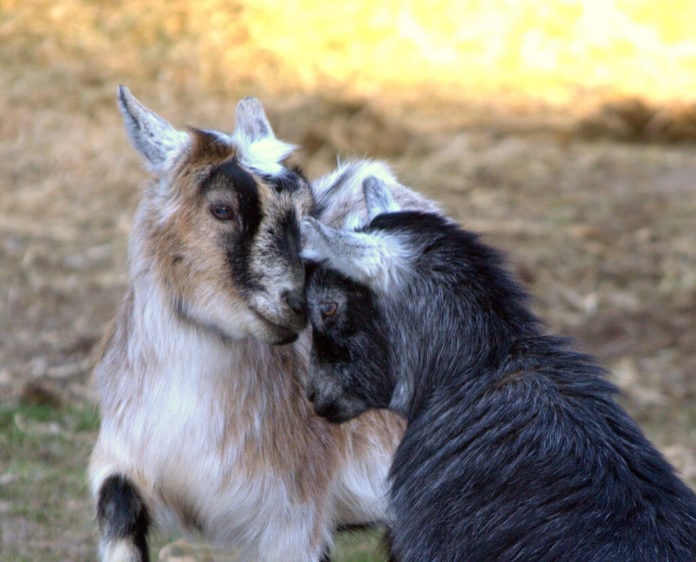 We all love our pets, but can our cats and dogs fall in love with us, too? Skeptics believe that we anthropomorphize our pets, and their supposed expressions of love are really just simple instincts that help them get a treat or something else they want. Animal lovers know better of course, but now we have some cold, hard scientific research to back us up. In fact, this new research shows that pets might love us even more than we love them!

Claremont Graduate University economist Paul Zak has been conducting a series of studies related to the “hug drug” oxytocin and reporting his findings in The Atlantic. Many know that oxytocin is released by mothers interacting with their babies, and couples making love, but any positive interaction, even between strangers, increases the neurochemical by a modest amount. The production of oxytocin helps us care about the people around us, at least temporarily.

Zak’s researched focused on humans before, but he was moved to start studying human-animal relationships after an emotional experience saying goodbye to his 15-year-old dog at the vet’s office. Surprised at how much the dog’s passing affected him, he wondered if animals can cause people to release oxytocin.

100 participants came to Zak’s lab and provided baseline blood samples before playing privately with a cat or dog. Zak compared the participant’s oxytocin levels after playing with an animal to their baseline level, and the levels after interacting with another human being.

Surprisingly, only 30 percent of participants produced more oxytocin after their pet play session (levels increased from 10 to 50 percent after interacting with humans). Past and present dog owners were more likely to have an increase after playing with a dog, but cat owners had the opposite reaction (probably because dogs are more responsive to their owners than their independent feline counterparts).

Next, Zak went to an animal refuge in Arkansas to test whether animals could feel love and friendship for other animals. He focused on two young males who would often play and simulate fighting with each other. They were two different species: a terrier mix and a goat.

Zak let the pair interact uninterrupted in an enclosed area, and, as with the humans earlier, took their baseline blood samples and drew again after the playdate.

The dog’s oxytocin levels increased by 48 percent, showing the strong friendship he feels lt for his goat buddy. But it seems the goat is actually in love with the terrier — he had an increase of 210 percent! Zac wrote in The Atlantic, “The only time I have seen such a surge in oxytocin in humans is when someone sees their loved one, is romantically attracted to someone, or is shown an enormous kindness.”

This is a small sample size for now, and hopefully Zak will move forward with more of this research. But now we know that our pets’ love is as real as our own.