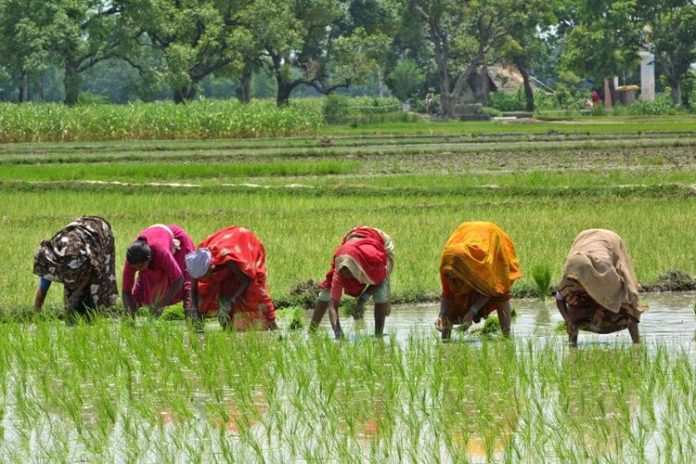 Seed Soldier, scientist and agricultural activist Dr. Vandana Shiva recently sat down with another favourite of mine: Canadian media icon George Stroumboulopoulos, for this wonderful interview in which she speaks of the importance of biological diversity— as well as the ties between the food, seed and pharmacological industries that threaten this global ecological landscape.

Vandana’s approach to life and science focuses on connectedness, rather than the usual “one-eyed” vision of science she’s witnessed in her studies that unleashes things into the environment without fully understanding their impacts.  It is with this approach that she engineers her work in science and agriculture, “using diversity to increase food security” and offering peaceful solutions drenched in sweet, scientific optimism to some of the planet’s harshest problems, including climate change, poverty and overpopulation.

“[Current science] is based on fragmentation, atomization and that’s not the world—the world is one of interconnection, both the natural and the social world.”

Watch the video below:

Dr. Vandana Shiva is a physicist, activist, ecologist, author, and founder of Navdanya International—an India-based organization which aims to ‘defend and protect nature and the rights of people to have access to food, water, dignified jobs and livelihoods by promoting local and ecological food models critical to alleviating poverty, hunger, and safeguarding natural resources.’

Related:
A Glimpse into the Future, part 3: The Future of Farms and Food

In an area devastated by the effects of GMO-farming monopolization (including the suicide of a quarter of a million farmers in India’s “suicide belt”), the Navdayna International organization plants a much-needed seed of hope for ecological restoration.

Vandana has been advocating for ecology since her attendance at a seminar in the late 1980s turned her on to the reality that agriculture and big business were merging.

“In ’87, at one of these seminars, the (agriculture) industry laid out its grand dream of controlling the world. They talked about needing genetic engineering so that there’s a technology that they have that peasants can’t use so that they can have a monopoly through technology. Patents. It means seed-saving by farmers is now defined as intellectual property theft.”

“I don’t want to live in a world where five giant companies control our health and our food.”

For more from Vandana Shiva look up her many published books, including Biopiracy: The Plunder of Nature and Knowledge and Stolen Harvest: The Hijacking of the Global Food Supply.