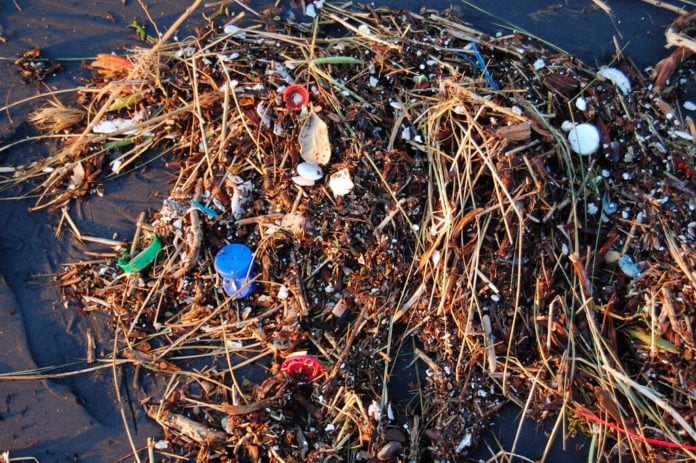 Environmental pollution is an incurable disease. It can only be prevented. –Barry Commoner

We have all heard it before, and we’ll surely hear it again. But pollution is a growing concern for the world, one which if don’t start thinking now how to prevent so much of it from entering our environment, our children and their children may not have much of an environment to worry over. It’s an easy thought to think that world is so big while we are so small that there really not much we can do to harm it greatly. But man, if anything, has a great deal of ingenuity and that ingenuity often puts the environment in the back of the mind.

For that reason, here is a list of 5 relatively unknown pollution problems that are worth knowing. You may not be able to directly do anything about any of them, but raising awareness is the first step that needs to be taken in order to right the wrongs done, and avoid any more from occurring in the future. So without further ado, let’s get into the meat of it.

The Great Pacific Garbage Patch, also known as the Pacific Trash Vortex, is an area of the Pacific Ocean where there is so much debris, it was measured by one scientific study to be 5.1 kilograms of plastic per square kilometer of ocean. By modest standards, the noticeable area that is polluted is about twice the size of Hawaii. Mostly the debris is made up of plastics and chemical sludge that is trapped by the currents of the North Pacific Gyre. There are many animals that can be harmed due to this pollution. Marine birds, sea turtles, and a whole slew of fish have been found to have plastics in their stomachs which most likely led to their death. Beside the large debris that can be ingested and cause problems, the microscopic debris and other toxins have terrible affects upon the animals that are exposed to it.

Related:
Plastic Pollution Is Killing Our Planet – Here's What You Can Do to Help

The standard scale for the United States Environmental Agency is such that if their index score exceeds 300, the air is deemed not safe to breathe and people are urged to stay indoors. In late January of 2013, citizens of Beijing witnessed two days where the scale reached an astronomical 755. The smog was so thick and dense that you could not see across the street. To put this into perspective, at the 500 mark for the index, there is 20 times the acceptable and safe level of particulate matter in the air. For something to compare that against, using the same standard for the exact same days, the air quality index for New York City capped off at around 19. Beijing in essence on these days essentially had 38 times the air pollution of New York City.

The local urban night sky in Hong Kong in some areas is more than 1,000 times brighter than what is normal in other large cities. This makes Hong Kong one of, if not the worst light polluted cities on earth. On any given night, you would be fortunate to even catch a glimpse of a star let alone even realize it was night time. This may not necessarily have the immediate adverse health effects that other pollutants have, however the quality of life is definitely reduced for those that live in the city. The main problem is not so much that the light is necessary, but much of it is used for dramatic affect for certain buildings, with spot lights and entire buildings being lit up to draw attention towards them. I suppose this isn’t a concern, but more of a blessing for those suffering from Lygophobia.

Related:
All of these soccer balls were ocean debris; now they’re art

For centuries, gold has been a symbol of wealth, power, and beauty. However, in our attempt to extract more of it from the earth, especially recently due to an increase in price, it also contributes to the world’s most toxic pollution problem, that being Mercury. Gold mining operations contribute to one third of the mercury that is released into our environment. Meanwhile, more than 3.5 million people suffer from health related problems that result from Mercury exposure. It used to be a concern that the jewelry you wore didn’t contain blood diamonds, well now you have to worry about environmentally destroying gold.

Imagine for a moment how many Pharmaceutical drugs are prescribed every day. Then imagine how many actual drugs are taken every day. Finally, imagine how much waste is created from producing that much of anything. This is not to mention antibiotics and other drugs that are taken as well. Millions of upon millions of people take prescribed drugs, with countless more being prescribed them daily. Pharmaceutical waste is quickly growing into one of the world’s worst pollution sources. The chemicals that are used for their production eventually make their way into water systems and cause a slew of problems on the ecology of the surrounding area and the animals that live nearby. There is also the associated danger for humans who are exposed to it directly, or consume foods that have been contaminated.

Another concern, and one which should not be taken lightly, is that of these pollutants changing the evolution of bacteria, thus creating was is known as Superbugs, bacteria that is immune to antibiotics. For the record, antibiotics save millions of people every year, and if a strain was to evolve such that they were immune to antibiotics. Well, then we’re back to the thought that only the strongest shall survive.