Greener IdealHelping you live sustainably
More
Home News Animals Are We Really Ready for the Dawn of the De-extinction of Our... 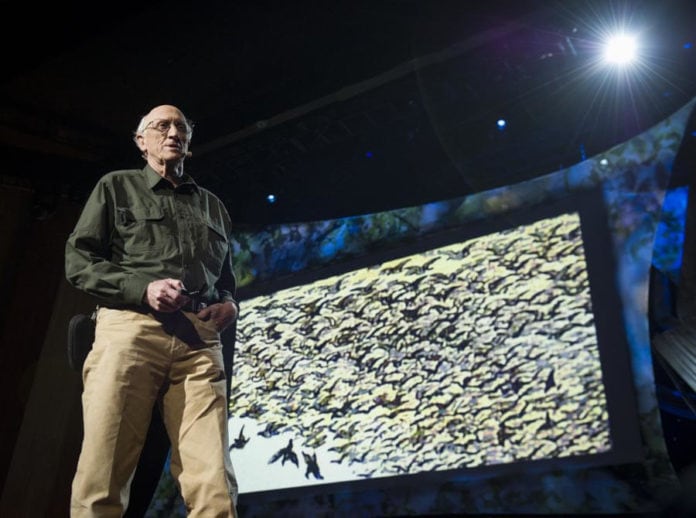 I recently listened to an enthusiastic TED Talk lecture given by Stewart Brand; uniquely entitled, “The Dawn of De-Extinction. Are You Ready?” (watch the full video below) It was an amazing fact filled talk by a brilliant mind, wide-world thinker, and never-ending futurist. With great eloquence and passion, and lots of animal slides of these more recent species extinctions; he longingly reminisced about specific recent extinctions. Extinctions that touched him, his friends and colleagues in a profound and moving way; creating within them, an immediate call to action!

Focusing his flight of fancy on the now extinct, ’passenger pigeon’; he gave a remarkable and ‘non-scientific’ talk about splicing DNA, recombinant DNA, and general genome theory; including, its present practices and successes; even, with re-creating extinct species! Yes, you read that right! According to Brand, much more de-extinctions are on the way; including, the current work he and his wife are involved with, in trying to revive the now 100 year extinct and once a billion strong, ‘passenger pigeon’.

As he ‘waxed enthusiastic’ over the possibilities and opportunities for both Humanity and ALL of our extinct species; I was overwhelmed by the future of our planets species, and the millions of ‘de-extinction’ possibilities that are within this coming Century’s reach. With nearly 10,000 frozen cells and DNA samples, of almost 1000 different species, including, extinct and endangered species; the San Diego Zoo, for one, is equally determined to ‘protect and preserve’ our global biological diversity and heritage; and, at any cost!

To be perfectly honest, as great as that sounds, and as much as it is needed and perhaps wanted by some, or even by many, I need to ask some fundamental questions first. Like, can ethics – or should ethics – be replaced by technology and science? Are we really getting too far ahead of ourselves here… with bio-engineering? Are we trying to play God and tamper with nature; instead of just preserving and protecting her… AT ALL COSTS!

Unfortunately, due to the limitations of our current science and technology, none of these ‘de-extinctions’ can be considered to be the same or the identical to the original. It can only be considered a cloned or copied, DNA sequenced and bio-engineered ‘chimera’ of the original. This is simply a re-production; a biological copy of the original. Metaphorically speaking, it is not the true and original Picasso. You see, there can only be one Masterpiece! Anything thereafter is just a waste of canvas or print!

Honestly speaking, don’t we already have enough to contend with regarding our already endangered species? When will these ‘futurist thinkers’ ever learn to deal with the Present and the Now and face our environmental demons and monsters head on with personal ethics, societal morality and simple sensibility.  Instead of their current focus and fixation on the wonders of science and technology to save our lives and our species, from what they perceive as our own, imminent mass extinction!

I don’t know about you, but isn’t our world already too scientifically boxed and properly packaged; as in, we can create and take any ‘little pill for whatever ails ya’. This is not my idea of true survival or sanity. This feels very wrong! I can only envision Frankensteinish possibilities of cloned experiments gone terribly, terribly wrong. And, my fears carry me even further; where will this animal cloning bio-engineered technology lead us to… humans?

Finally, I have to ask… Are we really ready for the dawn of the de-extinction of our own species?