NASA is calling the storms atmoshperhic dragons, and described them as follows:

According to the National Weather Service, the low pressure area approaching the northwestern U.S. is expected to bring rainfall to the coast and areas of snow that stretch from western Washington state south toward the four corners region. The low in the middle of the country is located over Nebraska and dropping snow to the north and west of it. That same low is bringing rain from southern Minnesota south to eastern Texas. Meanwhile, the third low pressure system is bringing rain and snow to parts of New England. 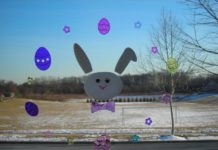 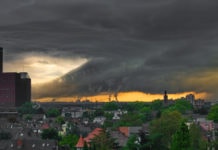 Our Changing Climate: It’s All About Asking the Right Questions