Greener IdealHelping you live sustainably
More
Home News Energy How Far Away Are We From Nuclear Fusion?

We have known about nuclear fusion since the 1920’s when we discovered that the very same process is what makes the sun shine.  Scientists used these very principles when they developed the first atomic bomb during World War II.

The potential in harnessing nuclear energy, and especially fusion, is almost unimaginable. This is what has ensured that we keep working towards fusion reactors, because if we are successful, we will revolutionize the way we look at energy. In this article, I will look at the following questions: Why is it taking so long and how far away are we?

The nuclear fission and fusion processes are quite complicated. The basic gist is this: By either splitting to atoms (fission) or merging them together (fusion), we have a net loss of mass, and by Einstein’s famous formula, E = mc^2, we are left with vast amounts of energy.

Is Fusion a Renewable and Green Way to Harness Energy?

Nuclear fusion is carbon-free and does not leave a lot of long-lasting radioactive waste (that is compared to the byproduct waste of convectional fission reactors). This is a big step forward compared to fossil fuels and coal.

The sun will not burn out before several billions of years. This is how much energy that can be released through fusion processes. In our situation on Earth, we will harness our fuel in seawater – a virtually inexhaustible supply. We have about 30 million years of fusion fuel in seawater.

Related:
The Power In Pig Poo: How Feces Can Create Energy

The reactor and power plant does not take up much space in comparison to the big and upcoming renewables such as solar and wind – it will be a much more space-efficient solution.

I hope my point is clear when it comes to how large our fusion reserves are. The old paradigm where energy was controlled by resources will eventually be replaced by knowledge.

We know that fossil fuels and coal needs to be replaced by something more sustainable and environmentally friendly. Nuclear fusion, mainly together with solar will most likely makes up for our base-load energy supply in the future.

We have already done it

We are successful with getting the ignition of the fusion process itself, but the input of energy exceeds the output many times over. In other words, we are consuming, not generating energy.

JET, which is the world’s largest fusion experiment, held in 1997, generated 16MW of fusion power. A new big experiment is scheduled already in 2013 according to Steven Cowley, chief executive officer of United Kingdom Atomic Energy Authority (UKAEA), where he hopes for a new record in power output.

Still a long time away

Nuclear fusion seems like the holy grail of harnessing energy, and it really is. Unfortunately, we are still far away from successfully generating electricity with the fusion process.

The first and biggest obstacle is the amount of heat that is required to get fusion going – We do not currently have the materials do withstand these temperatures over time.

Tokamak is the name of the “donut-shaped“ reactor-type that allows us to do this through magnetic fields, and is currently our most promising method.

Seven nations (China, EU, Russia, Japan, U.S, South-Korea and India) are involved in the International Thermonuclear Experimental Reactor (ITER). The reactor is planned to be ready for testing in Cadarache in southern France in 2018 and is estimated to generate 0.5GW. The whole project carries a price tag of $23 billion. 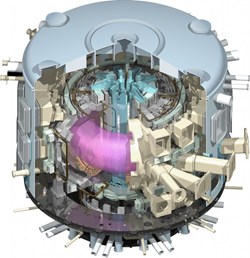 This is an illustration of the reactor itself. (Credit: iter.org)

The latest news on ITER is that there are problems with the superconducting cables, an important piece of the puzzle, which likely will result in delays and higher costs. Scientists all over the world are dedicating their time to nuclear fusion. I don’t think there is a question if they will achieve this or not – it will eventually happen. Exactly when it will happen is incredible difficult to predict. Within the 2030’s is possible, but it will likely take one or two decades longer 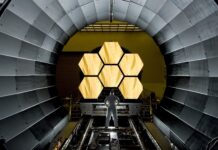