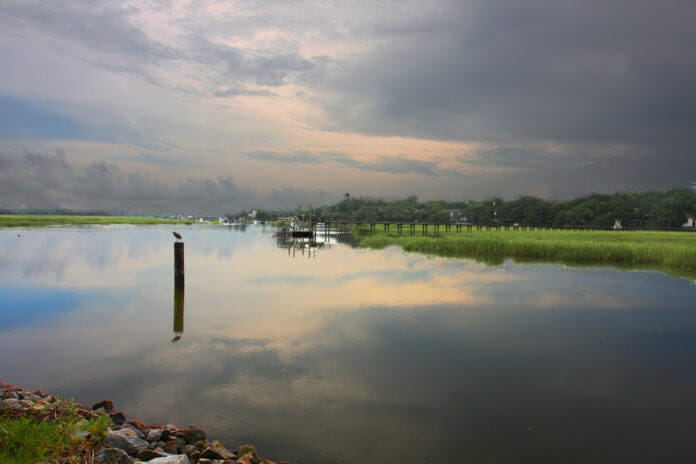 A new nationwide survey released by the Environmental Protection Agency (EPA) has found that more than half of America’s waterways are in bad shape.

The EPA, which sampled 2,000 locales in 2008 and 2009, found that the country’s rivers and streams are in poor biological health and as a result, are not fit to support healthy populations of aquatic creatures. Specifically, the study found 55 percent of the country’s waterways to be in poor shape, 23 percent in fair shape, and 21 percent in good shape.

The most prevalent issue found by the EPA, according to the Associated Press, was the nutrient pollution caused by phosphorus and nitrogen washing into rivers and streams from various sources (e.g. farms, cities, and sewers). In fact, high phosphorus levels were found in 40 percent of rivers and streams—phosphorus is a common ingredient in detergent and fertilizers.

And it’s not just that! Development poses to be another problem for waterways since land clearing and building near waterways increases erosion and flooding. This, in turn, leads to more pollutants entering the waters.

“This new science shows that America’s streams and rivers are under significant pressure,” said Nancy Stoner, acting assistant administrator of EPA’s water office, to The Associated Press. “We must continue to invest in protecting and restoring our nation’s streams and rivers as they are vital sources of our drinking water, provide many recreational opportunities, and play a critical role in the economy.”

The report even found that the conditions of waterways was significantly worse in the East! According to the report, more than 70 percent of streams and rivers from the Texas coast to the New Jersey coast are in poor shape. The healthiest waterways are found in the Western mountain regions where 26 percent can be classified as in poor condition.

Related:   Iowa Gets Some Good News

The EPA also found some potential risks for human health. In 9 percent of rivers and streams, bacteria exceeded thresholds protective of human health. And mercury, which is toxic, was found in fish tissue along 13,000 miles of streams at levels exceeding health-based standards. Mercury, which is naturally occurring, also can enter the environment from coal-burning power plants and from burning hazardous wastes. The Obama administration finalized regulations to control mercury pollution from coal-burning power plants for the first time in late 2011.