Greener IdealHelping you live sustainably
More
Home News Environment If Today is the First Day of Spring, Why Is It Still... 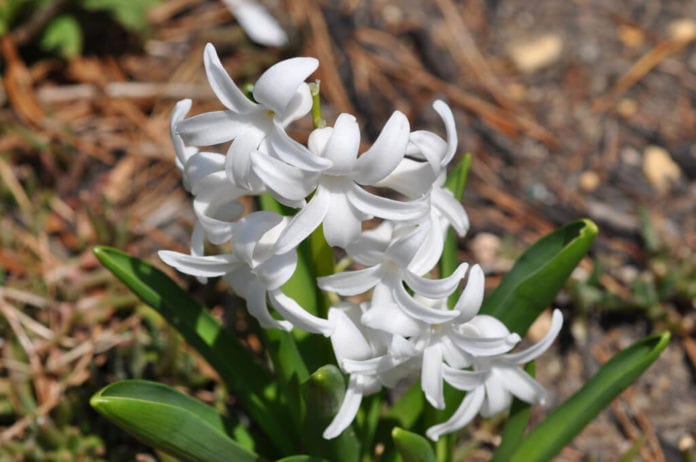 So why does it still feel like winter outside?

The Spring Equinox has little to do with Mother Nature, it’s a more out of this world phenomena, as the equinox occurs at the precise second the Sun crosses our planet’s equator on a south to north trajectory.

The change of seasons has been misunderstood, feared and celebrated since the earliest of times.

There’s some evidence that the Druids created Stonehenge to honor their Gods, because the giant stones are a giant sun-dial, which aligns most precisely during the equinoxes of our planet. It is thought that locals at the time would gather at Stonehenge bearing gifts of fruit, animals and other gifts for the Gods, in the hopes of a bountiful growing season.

The ancient Saxons of Northern Europe are commonly credited with first celebrating the arrival of the Spring Equinox, worshipping a Pagan goddess they called Oestre, which is the namesake for Easter.

These ancient rituals celebrating the coming of Spring are the basis for some of our modern day religious celebrations of re-birth. Catholics celebrate Easter and Jewish folks celebrate Passover, in a way to honor the re-birth of our planet. But there is more to it than going on Easter egg hunts, and giving children chocolate coins.

Spring is a time of re-birth, as snow-covered land becomes lush and green. Buds on plants turn into leaves and flowers. Frozen lakes, rivers and streams come back to life, flowing brilliant shades of blue.

Related:   Can Lightning Be Harnessed As An Energy Source?

But why is the first day of Spring still wintery cold?

Our home, planet Earth does seem to come back to life in the northern hemisphere, as the southern hemisphere falls into winter, however, it’s because of the planetary nature of the event, and the very composition of our planet, which may make the first day of Spring bone-chilling winter cold.

The Spring Equinox is a planetary event. It happens when the Earth’s orbit around the Sun crosses the celestial equator – an imaginary belt wrapped around the Earth, dividing us into our Northern and Southern hemispheres. 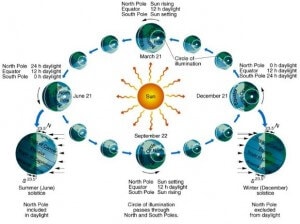 Our planet completes one full rotation of the Sun once every 365 days – the length of our year. From the start of the Spring Equinox, until the first day of summer – our Summer Solstice – the Northern Hemisphere is tilted towards the Sun. This gives those of us in the Northern Hemisphere Spring and Summer, as we are closer to the warmth of our Sun.

Those in the Southern Hemisphere (such as Australia) go into Fall and Winter as they are on the side of our planet tilted away from the Sun.

Ironically, the Northern Hemisphere is tilted furthest away from the Sun in December, yet we experience some of the coldest and darkest days in February. This is because our planet is mostly water – the oceans cover over 70 percent of our planet.

Related:   US Meteorologists Are Not Qualified To Make Long Term Assessments On Climate Change

So we don’t experience the loss of heat and light from December, until February in the Northern Hemisphere.

Which is why it may still feel like a frozen wintery day, despite being the first day of Spring. That cold outside is a remnant of winter’s chill from a time when the Northern Hemisphere was further away from the Sun.

Our Sun may be 150 million kilometers from the Earth, but it only takes a mere eight minutes for it’s light and heat to reach us.

Yet it can take two or three months for us to feel that heat – or lack of heat – because our oceans are so deep, it takes months for them to heat and cool.

Also, ice and snow reflect heat – darker colored land masses attract heat. Think about what is hotter on a Summer’s day, the dark asphalt of the paved road, or the lighter colored grass on your front lawn. (Asphalt is always hotter than grass on a Summer’s day).

The ice covering oceans and lakes actually reflects much of the Sun’s heat, keeping them cold, which keeps the air over them cold – which cools our planet.

Which explains why the first day of Spring may be a snowy, slushy, cold winter-like day – because our oceans and other large water bodies may be cooling the atmosphere.

So if your first day of Spring was anything but spring-like, don’t worry. In a few months, the warmth of Spring will be here – just give it time. 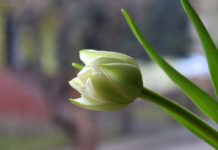 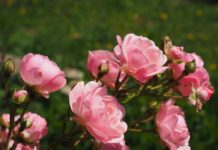 10 Things Every Gardener Should Do In May 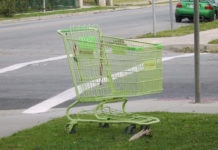