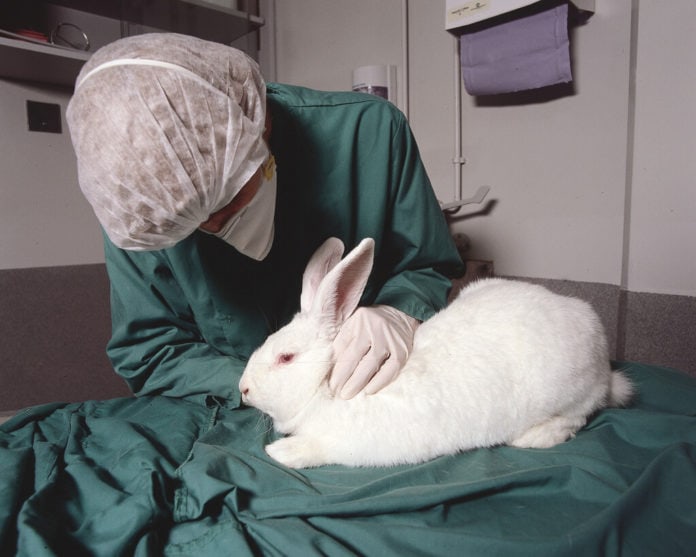 Japanese makeup company Shiseido has banned animal testing for its products and vows to only test on animals on the off chance that an ingredient is deemed unsafe, according to Women’s Wear Daily (WWD).

This comes in light of last month’s decision by the European Coalition to end animal experimentation by banning the use of animals in cosmetics testing in all European Union countries. The new rule, which goes into effect on March 11, applies to both drugstore and high-end products and prohibits testing on final products and ingredients. Products that have animal testing, either in Europe or abroad, will not be allowed to be sold in the European market.

WWD shares that while Israel enforced a similar ban in January 2013, China mandates the opposite: Cosmetics products sold in the country must undergo animal testing in order to be sold in the Chinese market, ergo, forcing many otherwise cruelty-free brands to continue animal testing.

But if you think Shiseido is letting go of the Chinese market with this ban, think again! The cosmetics company has a loophole in their ban that states that it will continue testing in those countries where animal testing is legally mandated.

“Our business partners that supply material to us will not rely on animal testing, while we will no longer outsource such testing to outside labs,” a Shiseido spokesman said, according to The Global Post.

Although they are not required by law, several tests are commonly performed by exposing mice, rats, rabbits, guinea pigs and other animals to cosmetics ingredients. This can include:

At the end of a test the animals are killed, normally by asphyxiation, neck-breaking or decapitation. Pain relief is not provided. In the United States, a large percentage of the animals used in such testing (such as laboratory-bred rats and mice) are not counted in official statistics and receive no protection under the Animal Welfare Act.