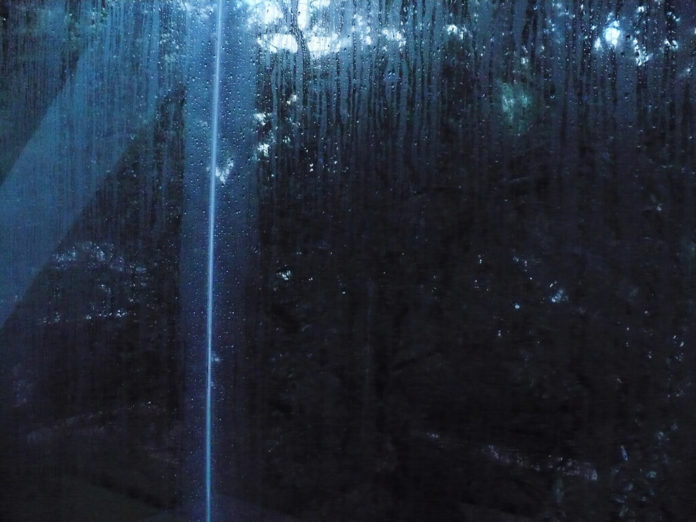 A Harvard scientist has discovered a way to tap into nature’s most powerful energy source to generate renewable energy – and NO, it’s not solar, wind or even geothermal power.

It is humidity – the process of water vapour being evaporated into the air.

Our climate is powered by the evaporation of water from the oceans and other water bodies around the world.

For example, a hurricane is created when warm moist air moves over the ocean, causing it to evaporate into the atmosphere. As the water vapor rises, it cools and condenses into liquid droplets. This condensation releases heat into the atmosphere, making the air lighter. The warmed air continues to rise, with the moist air from the ocean taking its place, creating more wind.

Hurricanes are among the most powerful forces on the planet, and they are generated by the awesome power of humidity – similar to the renewable forces powering this new humidity generator technology.

The prototype generators work in conjunction with a sheet of rubber, covered in spores. The moist rubber sheet bends when it dries, similar to the way a pine cone opens as it dries, and then straightens again when moistened by a rise in humidity. The spore-covered sheets act as actuators that drive movement, and generate electricity.

It’s similar to how the hurricane gathers so much power, by the constant heating and cooling of the air to constantly drive moisture into the cloud, which builds the storm. Only in the case of the generator, the spores open and close with the increase or decrease of moisture.

Related:   The Development of Renewable Energy in Europe – 2011 Roundup

Ozgur Sahin, the Ph.D that led the research team, says water evaporation is the largest power source in nature, it’s just so subtle we don’t see it.

The scientist’s study has been published in the journal Nature Nanotechnology, and identifies the soil-based bacterium as Bacillus subtilis, as the one used to generate power. Bacillus are microorganisms commonly found in soil. When starved, the Bacillus forms a rigid, dormant spore to protect its genetic material. In humid conditions, the spores absorb moisture from the air, expanding up to 40 percent in volume.

Sahin began his study while at Harvard’s Rowland Institute and continued the project in partnership with the Wyss Institute, when he became an associate professor of biological sciences and physics at Columbia University.

Sahin says this humidity generator creates 1,000 times as much force as a human muscle, and at least 10 times as much as other materials engineers currently use to build actuators. The spores can be genetically altered to increase their efficiency and in turn their power output, which on a large scale, could power our modern world.

Imagine using a pond, lake or even the ocean in conjunction with this spore-based generator.

And he discovered this powerful energy source simply by breathing.

Sahin put a solution of his spores on a flexible, silicon plank, preparing to measure the power generated by the humidity with his microscope. But before he put the plank under the microscope, he saw it curving and straightening right away – caused just from his breathing on it. His inhaling and exhaling changed the humidity enough, to cause the spores to respond.

Having discovered the ability to generate power using evaporation is an amazing discovery. But then, how do you capture this power?

To build the generator to capture this energy, the creative genius got a handful of children’s building blocks, among his assorted items to piece together the technology.

Sahin built the initial generator out of Lego blocks, a miniature fan, a magnet and a spore-covered cantilever. The cantilever tosses back and forth in response to the moisture, driving a rotating magnet, which is what produces the electricity.

The biggest problem with many current renewable energy sources, is they aren’t consistent all the time.

Solar and wind energy fluctuate when the sun doesn’t shine, or the wind doesn’t blow. The research team says its new humidity generators provide clean, renewable energy regardless of the amount of wind or sun, as it’s based on temperature changes causing evaporation.

This natural way of generating power could be huge, from creating evaporation power plants to power entire cities and towns, to the creation of green batteries for our mobile devices, which have the spores inside of them generating power so you can listen to your favorite tunes and surf the net without impacting the environment.