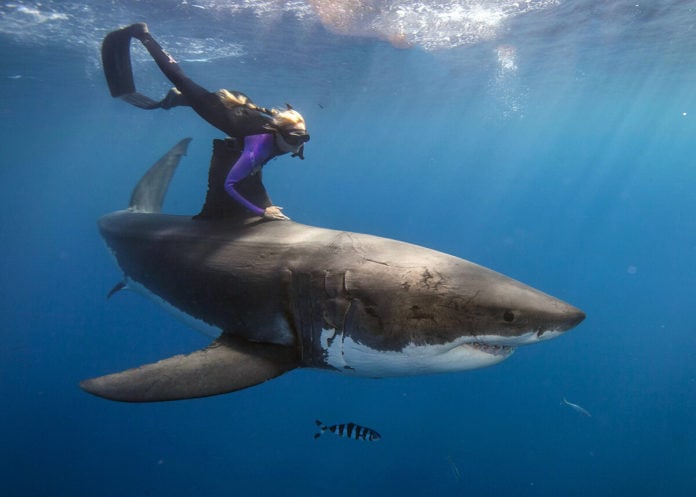 While most swimmers and divers would leap out of the water at the sight of a shark, Ocean Ramsey swims after them and grabs hold. In the photos below, you can see how seemingly fearless Ramsey is when swimming with the sharks.

She proclaims that her efforts are to raise awareness about sharks as animals, rather than mindless killing machines, with the intention that people will give more thought to conservation of the species if opinions about them change.

Though there are many detractors questioning what she, and others like her, are doing.

ABC News is one of them:

Do you think Ramsey’s efforts are ridiculous, or a solid attempt at spurring shark conservation?