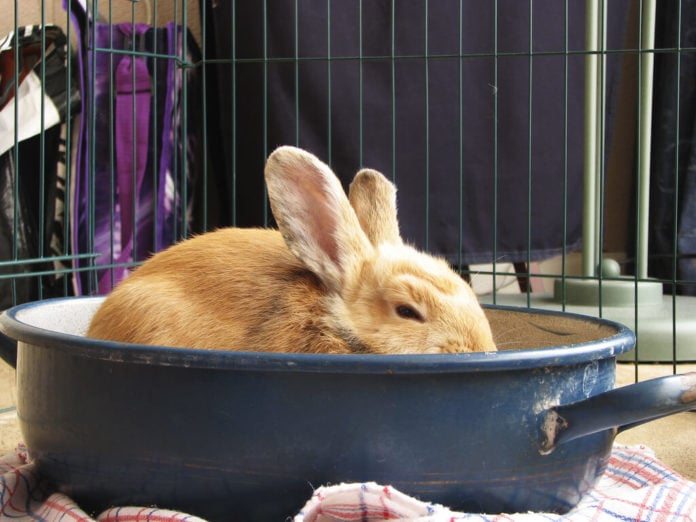 Surviving in the wilderness can be a gruesome affair. In October 1972, a plane carrying 45 rugby players and crew members crashed in the Andes, and the 16 who survived did so by eating the flesh of those who perished. In 2003, mountaineer Aron Ralston amputated his own forearm arm with a pocketknife in order to escape from a boulder that had trapped him for five days. In desperate times, morals and inhibitions fly out the window leaving only the basic lizard-brain survival instinct.

The Boy Scouts are not a knitting circle or book club devoted to light chit-chat and pleasant, benign social activity. The organization largely exists to teach survival skills so that boys can “be prepared” to handle worst-case scenarios. But when Boy Scout leader James Gary killed and cooked two rabbits as part of a wilderness survival lesson, word got out to PETA. The animal-rights group is now calling for the Boy Scouts to change their policy on allowing Scout leaders to kill animals in front of children.

Gary’s actions would have gone unnoticed if he hadn’t posted a photo of a Scout holding one of the dead rabbits. A Facebook friend shared the image on her page, commenting that it was sad to teach children to kill, and called the Northwest Florida Daily News to report the story.

According to Gary, he held the lesson to teach his troop how to clean and cook wild game safely. The boys on the trip ranged from 11 to 15 years old, and each of their parents were aware of what would take place on the trip and gave their consent. The two rabbits were purchased from a breeder who sells them for food, and the boys held them before they were killed by blows to the head with a stick. (Gary told the boys they could turn their heads if they wished to avoid the gory display.) Each of the Scouts ate some of the rabbit meat, and had nothing else to eat on the trip other than what they could fit in a Ziploc sandwich bag. Boy Scouts of America Gulf Coast Council director Spence Page said, “If [Gary’s version of events] is correct, it is not against Boy Scout policy.”

As an animal lover, I am saddened by the loss of these two rabbits and find their deaths unnecessary. Gary shouldn’t have used such a crude tool to end the rabbits’ lives, and he could have explained the basics of cleaning and cooking game without actually killing an animal. As an alternate or companion lesson, Gary could have shown the boys how and where to find vegetarian food sources in the wild, and how to get enough protein following a strict vegetarian diet. Those lessons might not be as exciting as killing and roasting a rabbit, but most Scouts would greatly benefit from learning to cook healthy and balanced meals on a budget.

As a realist, I recognize that these boys are not vegetarians, and our country is not ready to accept a ban on eating meat. At least the Scouts learned a lesson that might someday save their lives, and the rabbits had the experience of being loved and held for a short time, a simple pleasure unknown to factory farm livestock. If these boys cooked commercial hamburgers and hot dogs on their camping trip instead, nobody would have noticed or said anything, despite the animal cruelty and environmental damage involved in producing those products. A ban on private hunting and fishing activities would not help animals, it would only eliminate factory farms’ competition. Most would just buy their meat elsewhere rather than adopt a vegetarian diet.

Boy Scouts are taught to be kind, considerate and conservation minded. Although wilderness survival lessons have their place, Scout leaders should consider how they can teach their troops to be prepared in all situations with minimal harm to animals and the environment. PETA’s call to change Scout policy is idealistic and short-sighted, but with some imagination and research, Scout leaders can move away from a dependence on meat and present compassionate alternatives.