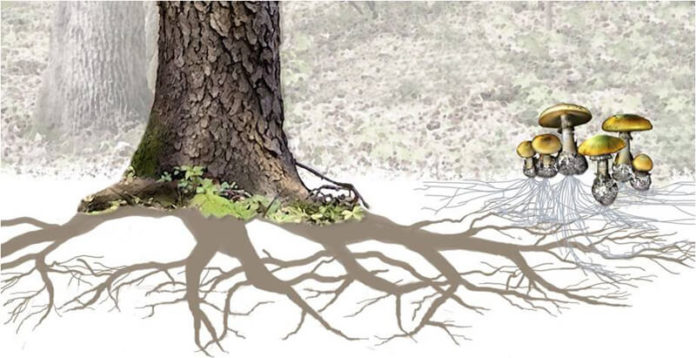 It’s time to pull out the big guns in the fight against global warming and climate change. We’ve tried solar panels, encouraging people to insulate their homes and use their cars less and although there are indications that these measures are having an effect, the planet is still warming up.

Recent floods and storms across the UK are said to be as a consequence of global warming, but experts seem to think the answer to many of our problems could be a simple mushroom.

It is carbon being released into the atmosphere, mostly in the form of carbon dioxide gas, which is one of the main causes of global warming.

The biggest store of carbon in the planet is in soil, and if we can stop soil releasing as much carbon, it could perhaps make a huge difference to the amount of carbon dioxide in the planet’s atmosphere.

Dead plants and other matter starts to break down in soil, and this action releases the carbon into the atmosphere. Many experts believe that if plants can be found which stop the release of carbon from the soil at such a rapid rate, this could make as much of a difference to global warming as our electric cars and solar panels.

And this is where mushrooms enter into the equation.

It’s not just any mushrooms which are experts are storing the carbon though, and a study in Nature magazine has found that the best of the lot is the common ectomycorrhizal (EEM) fungus.

Related:
Jim Prentice Steps Down as Minister of the Environment

Scientists from the prominent Smithsonian Institute in the US studied EEM along with many other plants and fungi in the tropical rainforests, which are often quoted as being the lungs of the world. EEM fungus attaches itself to the roots of plants, and use up a lot of the nitrogen found in the soil that other microbes use to rot the vegetation, which releases the carbon into the atmosphere.

Areas with a lot of the EEM fungus release 70% less carbon into the atmosphere than areas with none. These results are being heralded by scientists as the next big thing in the world of carbon capture and environmental friendliness.

Finding out that this particular little fungus is the best at retaining carbon is just the first step in a long road to applying the knowledge in a practical manner. Scientists are now starting to investigate how to introduce larger numbers of the fungus into different parts of the country, and working out in what sort of environment the carbon retention is the most effective.

All of this research is at a very early stage, and it is very likely that we will hear much more about efforts to introduce more mushrooms into natural habitats in the future. More research will also be carried out to look for other fungi or moulds which do the same jobs in countries which have less wet climates than we do here in the UK.