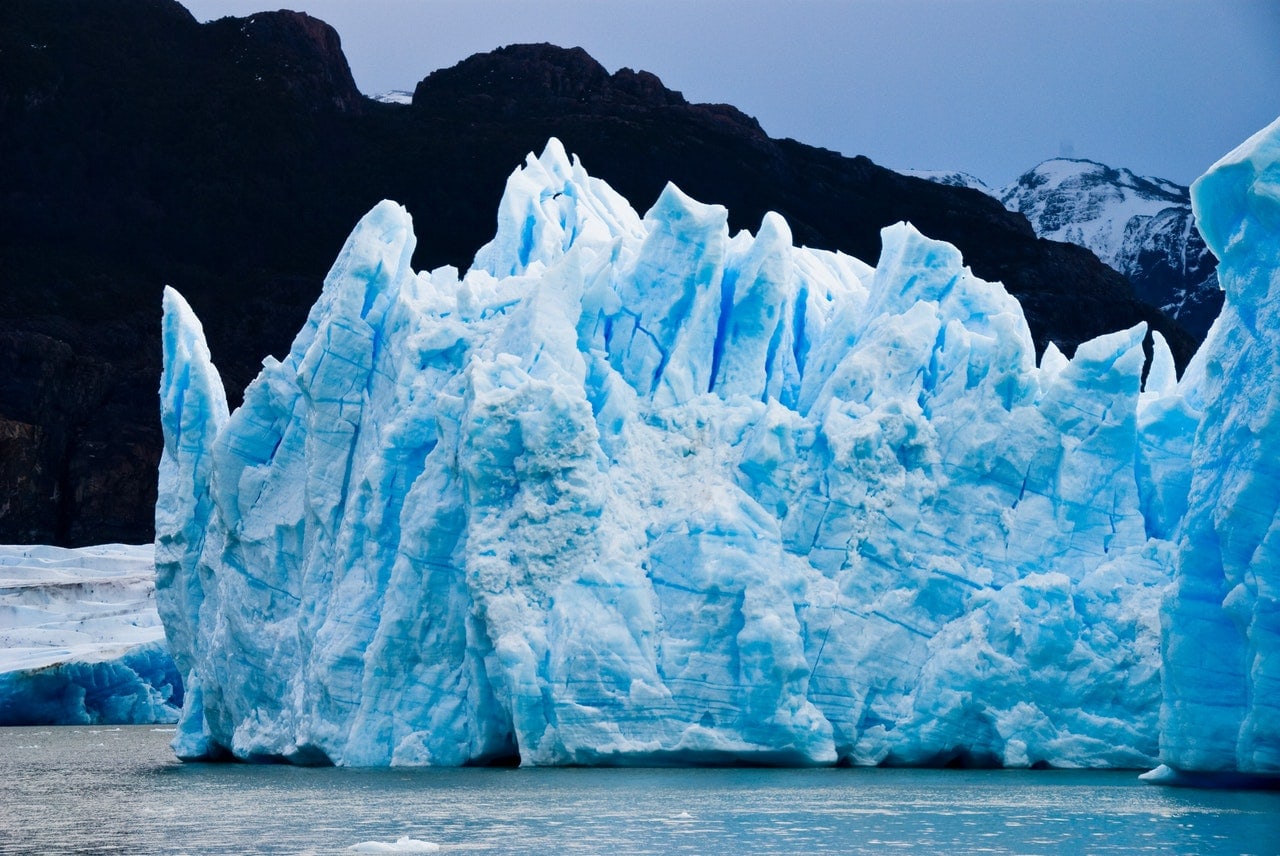 Last year set a record for loss of Arctic sea ice and according to a new research published in the journal Science, this loss is already taking a toll on plants and animals.

The Polarstern, a Germany research vessel owned by Germany’s Alfred Wegener Institute, traveled to the Arctic to study algae (Melosira arctica, to be exact). Head scientist Antje Boetius shares that their original site for work did not have “even an ice cube for [them].” The scientists wanted to see if the algae was benefitting from thinner ice and verify reports that the algae was disappearing.

“We were surprised that we saw (Melosira mats) everywhere, but they had fallen to the deep sea,” said Boetius to The Canadian Press. “We found their remnants. It looked like someone had pulled out hair. Something had happened to them.”

The scientists checked the sea floor as far down as 4.4 kilometres and that’s where they found the algae.

Boetius suggests Melosira benefits from spring sunshine filtering through the thinner ice. Later in the season, when the sea gets too warm and too diluted by meltwater, the algae simply drop off.

But in the energy-poor Arctic ocean, the transfer of that much organic material from one level to another is having profound consequences.

In just one season, the numbers of sea cucumbers and brittle stars on the sea floor have exploded. Bacteria have bloomed to the point where they have used all the available oxygen in the water in some areas of the ocean bottom.

“We saw the first anoxic spots forming in the deep sea,” reveals Boetius. “That can change life dramatically.”

That said, she also states that she doesn’t know the full implications of surface sea life due to the loss of Melosira mats.

“Will this be the future Arctic that we have just acquired the first evidence of? This we cannot answer,” says Boetius. “We are really at the point where we look and see changes that we cannot even model, or that we really cannot explain.”

Surprised how quickly change in the Arctic is being seen? You shouldn’t be! Last year we shared a new study by a Texas A&M University researcher that found that the melting rates of glaciers in Antarctica are accelerating due to global warming. Alejandro Orsi, associate professor of oceanography, and his colleagues from the University of Gothenburg in Sweden, “examined the entry to one of three cross-shelf passages in the Amundsen Sea that allow warm oceanic water to reach beneath the ice shelves in front of the Thwaites and Pine Island Glaciers, which show the fastest thinning.” Their findings were far from ideal: They found a year-long persistent inflow of warm bottom water along this trough.

What’s more, Austrian scientists at the University of Innsbruck have also found that the single greatest cause of rising sea levels over the past century are melting glaciers. The scientists disclose that between 1902 and 2007, the total sea level rise was 20 centimeters (about 8 inches) and of that, glaciers melting contributed 11 centimeters (4.33 inches). They estimate that by the year 2100, melting glaciers could potentially raise sea levels by an additional 22 centimeters.

Unfortunately, melting glaciers are becoming a devastating norm: Due to global warming, many of the world’s glaciers are rapidly melting at unprecedented rates and are breaking off unnaturally. In July, NASA satellites confirmed that an iceberg more than double the size of Manhattan, measuring 59-square-mile (150 square kilometers), has broken off the Petermann Glacier in Greenland, and global warming was the culprit.

And then, of course, is the news that, according to new research published in the journal Geophysical Research Letters, the Patagonian Icefield of South America have been on the decline for the past four decades, with the rate of melting increasing  by half over the past decade. Since 1998, the melting of the southern and northern Patagonian ice fields–which are the largest mass of ice in the southern hemisphere outside of Antarctica–have contributed about 2 percent of the total observed sea level rise.

Wondering what the cause of melting glaciers is? Consider this: According to a new study, led by climate scientist Jonny Day at the National Centre for Atmospheric Science at the University of Reading, the loss of arctic sea ice is, at the very least, 70 percent man-made. And that’s just the low ball estimate–the study shares that climate change could be up to 95 percent due to human-induced climate change!