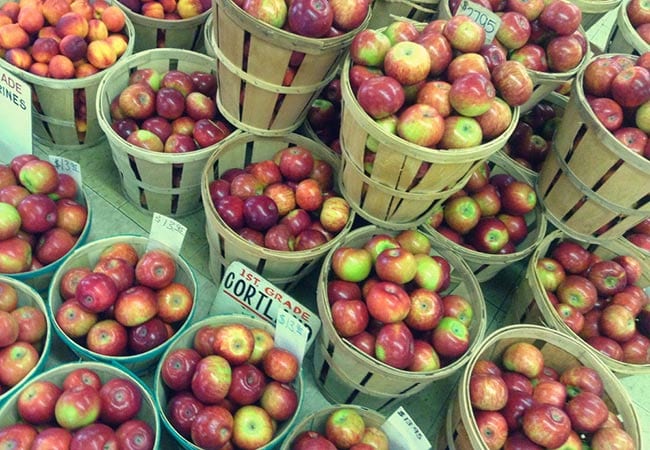 An apple a day keeps the doctor away! And soon you’ll have no excuse that your apples are too brown to eat.

Last week the USDA approved a Canadian company’s Golden Delicious and Granny Smith apple varieties genetically modified not to brown. The apples have been bred with an extra gene that shuts down the oxidation process – you know, the one that makes your apples wither and die!

In other words, we’ll soon be able to buy immortal apples – or, at least, ones that don’t brown.

With 190,000 tonnes of apples being thrown away each year (including 178,800 tonnes that are whole and untouched) the motive behind the new GMO apples is to reduce the amount of wasted apples.

So does that mean we have to choose between GMOs and waste?

Well, these apples aren’t quite like the GMOs that we know and treat with suspicion and disdain.

Unlike traditional GMO fruits that are created by combining genes from multiple species to create desired characteristic, these apples – which will be marketed as Arctic Granny and Arctic Golden – have been created by scientists who used gene sequences from other apples to prevent the “enzymatic browning.”

According to a statement made by the USDA, these visually appealing apples created by Okanagan Specialty Fruits Inc. (OSF) are “unlikely to pose a plant pest risk” or to have “a significant impact on the human environment.”

However, opponents are still concerned over the unnatural elements to this GMO fruit and are concerned that honeybees will contaminate organic orchards after feasting on the hybrid apple pollen.

Not to mention that apple growers in the U.S. are concerned for their livelihoods.

“This is a huge issue, and it has great ramifications for our industry,” Christian Schlect, president of the Northwest Horticultural Council,  said to the Seattle Times. “We’re concerned about the marketing impact, from consumer impact to the imposition of additional costs.”

However, consumers will have to wait a few years for the apples to hit shelves as it will take several years for the newly planted trees to produce significant quantities of fruit.

“As more trees are planted and they come into commercial production, there will be a slow, but steady market introduction,” OSF president and founder Neal Carter said in a statement. He estimates that the Arctic apples should first be available in late 2016 but only in small, test-market quantities. “And, just like any other new apple variety, it will take many years before non-browning Arctic fruit is widely distributed.”

Carter also added that he wasn’t surprised that USDA decided the apples were safe.

“All we’ve done is reduce the expression of a single enzyme; there are no novel proteins in Arctic fruit and their nutrition and composition is equivalent to their conventional counterparts,” he said.

Carter believes that “a strong majority of apple eaters are interested in buying non-browning apples,” but what do you think? Are these only semi-GMO apples? Is there such a thing? Would you eat them? 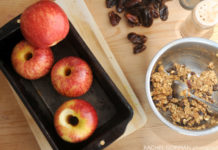 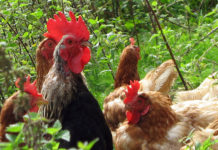 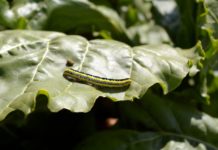 Biotechnology or Agroecology? The Monsanto Debate from Both Sides

Seasonal Recipes for Springing into Spring