Greener IdealHelping you live sustainably
More
Home News Environment Inside the Organic Glasshouse: Why are Pro-GMO Scientists Backing Down to Anti-GMO... 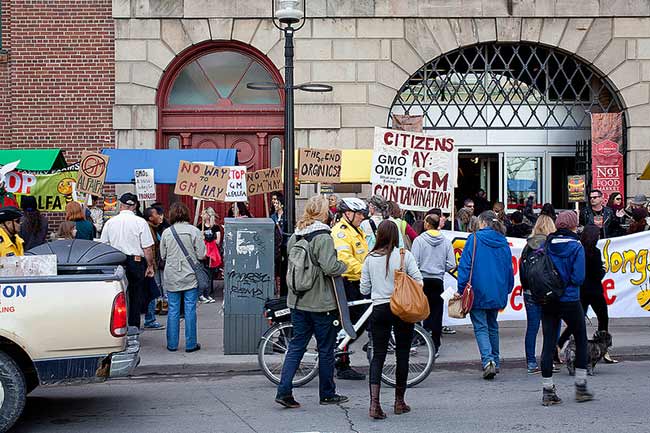 Measles is making a comeback at the same time as the most important agricultural innovation since synthetic fertilizer is being mothballed.

You can thank well-to-do urban activists who reject modern medicine and science-based farming.

“It’s those communities with the Prius driving, composting, organic food-eating people,” Seth Mnookin, author of The Panic Virus, said in an interview with Science Magazine.

Vaccines are poison! these activists declare while paying double for certified-organic groceries which they say must be free of genetically modified organisms (GMOs).

The idea of GMO-free organic food was conceived 20 years ago when organic activists realized the science of genetic engineering would someday provide solutions to every objection they had with modern farming.

Rather than embrace this new field of science, they rejected President Clinton’s idea to include genetically modified organisms in America’s organic standards, and have been on a tax-funded anti-GMO warpath ever since.

You can’t separate the organic movement from the anti-GMO movement. They are one and the same, existing in perfect anti-technological symbiosis.

But rather than counter this anti-GMO hysteria the way pro-vaccine scientists and journalists respond to anti-vaccinationist loons, pro-GMO forces are instead surrendering.

GMO tomatoes, wheat, flax, and potatoes (twice) are all on the trash heap, and humanitarian crops like GMO Golden Rice sit in limbo as millions of the world’s poor perish from malnutrition.

There are two reason organic crops are non-GMO:

It makes about as much sense as when segregationists claimed integration with blacks would destroy the fabric of society.

Wallbridge claims to be not completely opposed to all GMOs, making him a reasonable activist to some. But he fully supports his staunchly anti-GMO leadership who remain committed to banning GMOs because, like vaccinations, they believe they’re not safe, in spite of all evidence to the contrary.

Meanwhile, organic crops are not even tested to ensure they’re free of synthetic pesticides and fecal coliforms. Wallbridge tried claiming his crops are tested, but won’t share the evidence. What’s that expression about people who live in glass houses?

According to the USDA, 43% of organic food tests positive for prohibited pesticides.

In any case, to my astonishment, I was advised by Entine himself that I had to “Stop attacking Rob. Self-manage,” he warned, “or I’ll need to block you!”

Just as astonishing are the words of Dr. Karl Haro von Mogel, the chairman of the pro-GMO website Biofortified: “Popoff has been temporarily banned for the reason that he repeatedly acted in an uncivil and outrageous manner, and harassed us.”

Oh my goodness. Did I really do that?

What I’ve been trying to tell Haro von Mogel is that “you can’t separate the organic movement from the anti-GMO movement. They are one and the same, existing in perfect anti-technological symbiosis.”

But apparently it’s now “uncivil and outrageous” to tie the organic industry to the anti-GMO movement here in America, the nation where GMOs were invented.

Related:
How to Buy Organic Food on a Tight Budget

Urban activists who have never worked a day on a farm demand “real information about the impacts and risks” of GMOs. Headlines read, “Thousands Of German Protesters To U.S. GMO Ag: ‘We’re Fed Up!’” and vague reports abound of an “Appetite for labelling genetically modified foods.”

America’s categorical response should be: If you don’t like our GMO crops, grow your own damned food! Or go find another safe and reliable source. I hear Cuba is GMO free.

Instead, people like Entine, Haro von Mogel, alongside executives at the American Farm Bureau, Monsanto, The Grocery Manufacturers Association and the Biotechnology Industry Organization, are falling all over themselves to try to appease the activists, only defending GMOs outright when a city like Los Angeles attempts to ban them. But believe me, there’s no appeasing organic activists. They quite simply have no shame.

43% of organic food tests positive for prohibited pesticides; the result of the aforementioned lack of organic field testing. Toxic pesticides, fecal coliforms from improperly-composted manure, increased fossil-fuel usage and land requirements, erosion of our precious soil, all with no nutritional benefit. Speak of these very real risks from government-sanctioned certified-organic food and you will be a pariah in the eyes of some the world’s top pro-GMO editors, academics and executives.

This is “consensus,” “compromise” and “coexistence,” the three C’s of the green, global soviet that embraces the myth that GMOs contaminate organic crops, even though organic standards – written, edited and finalized by organic activists – say nothing of the sort. A threshold limit on GMOs will soon become law in Washington, marking the first time a federal regulator places a limit on something safe simply to appease a vocal, tax-subsidized minority.

Apparently President Clinton was wrong. The narrative that GMOs pose a threat not only persists, it’s being reinforced by pro-GMOers themselves! There is no more debate, not anywhere, not even on GLP and Biofortified.

Activists live in glass houses but are free to cast stones all they want. Why? Because we let them.

Mischa Popoff worked as a USDA-contract organic inspector for five years and is the author of “Is It Organic?” 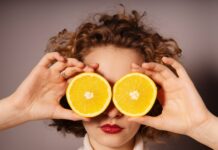 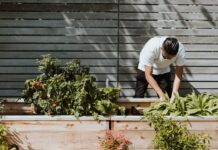