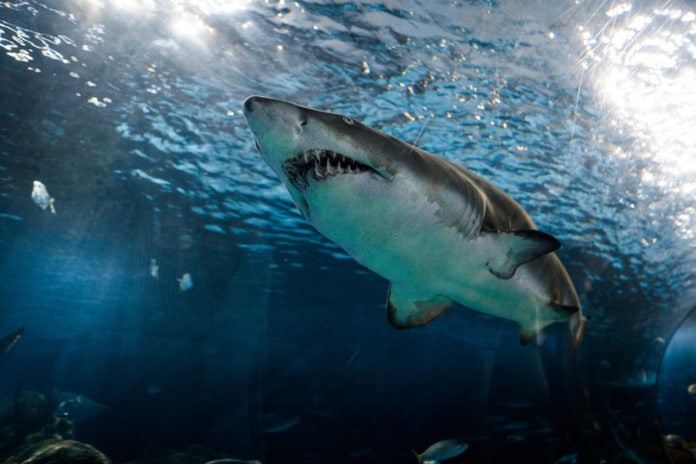 A five-member panel in the California Fish and Game Commission has voted unanimously to recommend that the great white shark be protected under the state’s endangered species laws. This vote took place after environmental organizations and groups showed data that there were fewer than 340 adults and sub-adults in two principal feeding grounds off central California and Mexico’s Baja Peninsula.

While the great white shark has been banned for commercial fishing since 1994, under California law, they sometime become victims by being accidentally caught in gill-net fishing that is targeted to other sea life, including halibut, swordfish, and white sea bass.

The problem, or loophole in the law, is that there is no penalty for “bycatch”—the act of accidentally catching shark—and no limit on it, said Geoff Shester of the California program Oceana, one of three environmental groups petitioning for protection, to Reuters.

The candidate designation, the first for a marine animal under the state’s endangered species act, launches a yearlong review by California’s Fish and Wildlife Department. That agency will recommend by next February whether the shark warrants protection as threatened or endangered or not at all. The Fish and Game Commission will make the final decision.

In the meantime, candidate status carries the same force as an actual listing, though as a practical matter it conveys little in the way of concrete protections.

A population survey near the Farallon Islands off central California and Guadalupe Island off Baja, conducted in 2011 and 2012, have led scientists to believe that the West Coast population is genetically distinct. Other great whites exists in Australia, South Africa, New Zealand, and in the Atlantic—but these particular shark number at several thousand. Even then, Australia and South Africa have listed their great whites as endangered, according to Shester, and the shark, as a whole, is listed as a vulnerable species by the International Union for Conservation of Nature.

“While the great white is among three shark species most associated with attacks on humans – along with bull sharks and tiger sharks – such encounters are exceedingly rare,” writes Reuters. “But great whites hold a special place in the popular imagination due mainly to their size, with some specimens known to have reached 20 feet (6 meters) in length and 5,000 pounds (2,268 kg) in weight. Feeding on everything from anchovies to seal lions and elephant seals, great white sharks are vital to a healthy, balanced marine environment.”

“As apex predators, they play a very important role in the ecosystem,” Shester said to Reuters. “Our oceans would look completely different without white sharks.”