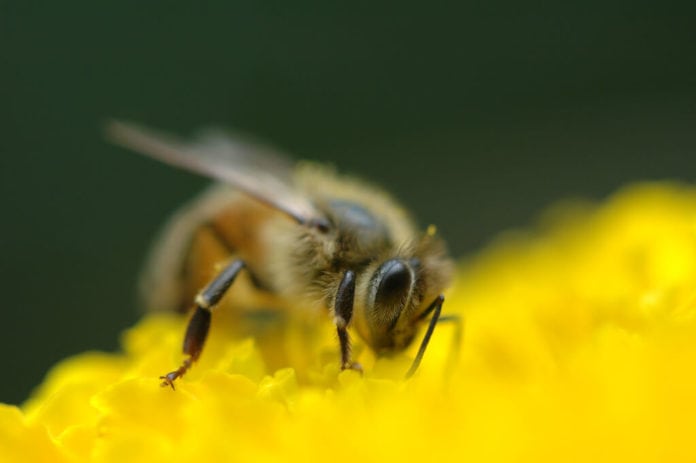 Populations of honeybees has been declining at an alarming rate recently, and an analysis of the dead bees in hives in Indiana has been conducted over the last 2 years.

The results revealed that a significant number of the dead bees showed the presence of neonicotinoid insecticides – a chemical that is most often used to coat corn and soybeans prior to planting.

There were also other insecticides in low concentrations, such as clothianidin and thiamethoxam, which were found in nearby soil for up to two years after the seed was originally planted.  These were also found on nearby dandelion flowers and corn pollen, which is what would be gathered up by the bees in the local population, therefore contaminating them.

The insecticides are known to be extremely toxic to bees and a concentration of them was found in many of the dying and dead bees. With the USA losing over 30% of its honeybee hives every single year, it is no surprise that this is beginning to cause serious alarm.

Seeds are coated in the the neonicotinoid insecticides before planting as a way of protecting them. Because the coatings are sticky they are treated with a mixture of talc.  It is the excess talc that is thought to carry the chemicals on to nearby plants that bees collect pollen from.

The large rates of planting seeds coated in the insecticides and the large amount of talc being used mean that it is unavoidable that not only is the soil being contaminated but also the surrounding environment.

The contaminated talc was found to be carrying up to 700,000 times the lethal contact dose for a bee of the chemical, meaning that any bee coming into contact with it had very little chance of not being affected.

The research suggests that the first and most important step to take is to limit, or ideally eliminate the use of talc or to somehow limit or eliminate the talc emissions that are caused during the planting of the seeds.  It is thought that this alone would have a huge positive impact on honeybees but also on plenty of other insects living nearby that are also being affected by these talc emissions.

Bees are essential for the growth and pollination of many plants and food sources and therefore the downward spiral of their populations is certainly a bad thing.  The research is therefore continuing in order to find ways of avoiding this contamination in the future and to restore the honeybee population.