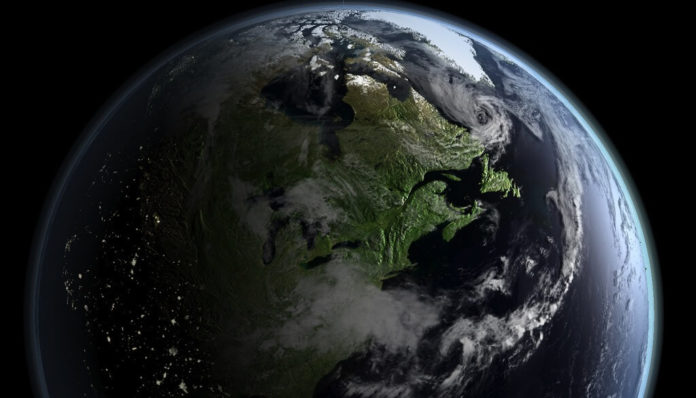 I am a baby boomer, born in the 50’s, educated in the 60’s, who suddenly found himself face to face in the 70’s, with a shockingly rude-awakening. It all came together on a rather quiet, sunny and pleasant April day in 1970…Our First EARTH DAY! Yet, this piece is not about Earth Day specifically; but, it is about our still fragile environment since that memorable day; and, what we still plan to do about it forty-three years later.

Earth Day was established and brought to the minds and lips of millions of Americans by a series of individual yet unforgettable events; you can call them ‘environmental occurrences’ if you like; and these were not natural, ordinary, nor expected. It was a wake-up call; and, it became a Nations’ fervent call to action!

In 1962, London’s air quality was so poor that a fog rolled in and stayed for days, causing the death of 750 people. Three years later, another air filled disturbance enveloped New York City, this alone resulted in the deaths of eighty people, and lasted for a full four days. These were both poisonous clouds of petroleum based chemicals.

Back in the late 60’s, thousands of toxic and polluting industries lined the shorelines of Lake Erie; and almost each and every business on the Lake and its tributaries, had their own free dumping zone of deadly and flammable petroleum by-products. This is what made the headlines in the summer of 69’…

“Furthering public fears about environmental conditions, the Cuyahoga River in Ohio spontaneously combusted in to flames; a result of the severe pollution caused by chemicals and oil that had been dumped into the river from surrounding factories”.

Then popular Congressman from Ohio, Louis Stokes, couldn’t resist making a comment about the fire, and was quoted as saying, “The Cuyahoga will live in infamy as the only river that was ever declared a fire hazard.”

Fast forward forty-plus years, and if a recent Report from the UN Office for the Coordination of Humanitarian Affairs (OCHA) is to be believed, we are still in grave trouble:

“Climate disasters are on the rise. Around 70 percent of disasters are now climate related – up from around 50 percent from two decades ago. These disasters take a heavier human toll and come with a higher price tag. In the last decade, 2.4 billion people were affected by climate related disasters, compared to1.7 billion in the previous decade. The cost of responding to disasters has risen tenfold between 1992 and 2008. Destructive sudden heavy rains, intense tropical storms, repeated flooding and droughts are likely to increase, as will the vulnerability of local communities in the absence of strong concerted action.” (OCHA)

“Climate change is not just a distant future threat. It is the main driver behind rising humanitarian needs and we are seeing its impact. The number of people affected and the damages inflicted by extreme weather have been unprecedented.”

Scraped from the headlines and by-lines of our current media channels, no country it seems is spared from their share of severe environmental concerns. Even a major city like Beijing, China, is having BIG problems with air pollution, and its own yellow toxic clouds of foggy death.

With its non-alarmist subject heading, “Environment Becomes a Priority”, China Today is focused on climate change and how it has affected our recent lives and our climactic world. The World is beginning to pay more attention! The question on everyone’s mind is…is it too late?

Furthermore, unexpectedly in the Middle East, Israel is finally clamoring about something other than their need for ‘War’ or ‘Peace’ these days; a “recent poll by Society for Protection of Nature in Israel, finds that a majority of Israelis want their new government to promote an environmental agenda. 71% of public wants new Knesset to push green issues”.

The alarming inescapable environmental signs are again, like in the 60’s and 70’s, all around us. Fortunately though, all has not been lost or forsaken regarding our environment and fragile planet. Even today, there are many dedicated and hard working people that haven’t given up on their environmental goals, for a cleaner world, a world where people matter, a strange and brave-new-world where even plants and animals matter.

Isn’t it time for your own personal environmental renewal…

Global warming and global climate change are here to stay people. Please, take a moment out of your busy and hectic schedule today, and decide to renew your commitment to our environment. Make a solid and concrete decision to help it out in some even small, personal way. Look at your own lifestyle, consumer habits, and consumer waste. Evaluate, cut back, and learn to do with less. Keep in mind, that to make more room in your heart and life for our world and everything within it, will require living a simpler way of life. We owe it to ourselves and our planet, to give ‘Life’ another chance.