Tucked away into a corner of Vancouver’s notorious Downtown Eastside is a flourishing market of badly bruised vegetables, where you can buy an entire bag of rainbow peppers with four bunches of organic spinach for a Twoonie.

I come home with two reusable shopping bags full of produce for what used to cost me one English cucumber and a head of lettuce at Safeway, and as I roll around in piles of all the change I am saving I get to wondering “Why is ugly fruit so much cheaper?” and “Where are the ugly bins at Whole Foods?”

Donning my investigative journalism cap I found out that numerous factions exist that discourage and/or criminalize the sale of perfectly good –but less than visually-pleasing– produce and products.

Is this aesthetic whitewashing a luxury we as a planet can afford?

A university professor has taken to the web recently to call out organizations like the Florida Tomato Commission (FTC) that “protect” interstate sales of the Sunshine State’s produce that aren’t “up to standard” in size, shape, skin quality or color. The real purpose of the restrictions, Prof. Galles maintains, that keep these items consumers are actually begging to buy off the shelves, is to support and encourage grower competition at the consumer’s expense, a tactic that’s been used since the Depression to pigeonhole our purchasers’ peepers into the lofty illusion of perfection. In effect, the government has taken buyer beware out of our hands in an issue that’s not even about safety.

Related:   A Glimpse into the Future, part 3: The Future of Farms and Food

Are we as consumers partly to blame to buying into this snobbery?

Up in Canada, greenhouse tomato inspection regulations by the CFDA, for example, include the note:

Inspectors should show extreme caution when scoring specimens as being “soft”, as tomatoes in this category have little or no commercial value…These tomatoes will be reported as bruised or soft area tomatoes.

“We’re conditioned to want perfection,’ Martin Mackey of Ripple Farm Organics told the Ecologist in this article.“It’s not until you see it growing for yourself you know otherwise. Until we have a revolution of growing in towns and cities, or food becomes so expensive there’s no choice, I can’t see people buying holey leaves or forked parsnips.’ 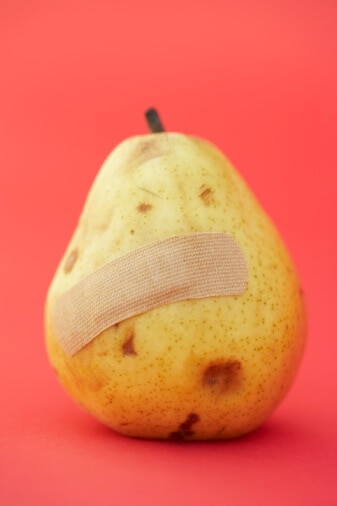 “Fields of wasted crops lie testament to our fussy shopping habits and the refusal of supermarkets to stock edible but less-than-perfect-looking food,” the article goes on. Back in 2008 Europe lifted a ban prohibiting the sale of “ugly” fruits and vegetables, “mark[ing] a new dawn for the curvy cucumber and the knobbly carrot,” said Mariann Fischer-Boel, European commissioner for agriculture. But there is still an exorbitant amount of produce wasted on purely superficial problems.

Jamie Chambers (Technical Manager at TH Clements & Son, a large-scale grower based in Boston, Lincolnshire) says last year the firm lost 100-150 acres of cauliflowers due to the harsh winter. ‘Lost’ is a debatable description as much of the crop would have still been edible but because the florets were tinged yellowy-brown they therefore couldn’t be sold. –Ecologist

Practicing a “greener ideal” on the daily means dipping outside your comfort zone sometimes and going against the grain of a society that strives towards false ideals of faultlessness. No matter where you’re choosing your carrots or assembling your apple stock, try giving the less-loved ones a try and pick some produce with imperfections.  It won’t kill you 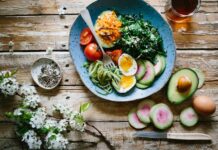