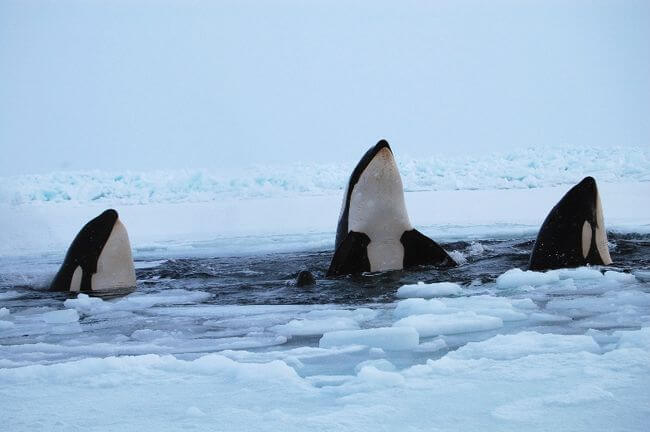 UPDATE (Thursday, January 10th, 10:40am ET): Canadian media outlets are reporting that the trapped whales off the coast of northern Quebec are free at last. There are reports that the blanket of ice has shifted, thanks to a sudden change in wind direction.

Tommy Palliser, a leader of the nearby community of Inukjuak, says the whales have not been seen since Wednesday night. Palliser told The Canadian Press that two hunters from the village were sent out Thursday morning to assist in breaking up the ice around the hole. They say the whales have now swam away.

If he’s not running an airline, overseeing trendy new ads for cell phones, or advocating galactic space travel – Richard Branson is keeping an eye on the Orca situation playing out in northern Quebec. The 62-year-old is just the latest high-profile figure calling for action.

Some of you may have caught the heart-breaking video currently making the rounds on the Internet. If not, watch below:

The haunting images show killer whales trapped under a thick blanket of sea ice. Residents of the nearby village of Inukjuak say about a dozen orcas are gasping for air. They are using only a small patch of open water to breathe. So far, calls for an icebreaker to smash open the floes have been unsuccessful. The video shows the helpless animals taking turns shooting up through the open ice – some of the orcas shoot straight-up like torpedoes; others just bob up slightly for a quick breath before dipping back into the frigid waters.

Today, billionaire entrepreneur and outspoken ocean advocate Richard Branson blogged, asking Canadian officials to step up and do something for the helpless whales. He also called on the public to sign a petition, calling for officials to act now before the orcas suffer horrible deaths.

He wrote: “Fisheries and Oceans Canada are sending a team to evaluate the situation today – we urge them to act decisively and save these beautiful creatures before it is too late. You can sign a petition calling for the authorities to act now to save the orcas.”

Just days ago, the Hudson bay completely froze over – trapping the whales. The original video was recorded on Tuesday.

Simeonie Nalukturuk is public safety officer for the nearby village of Inukjuak. Nalukturuk spoke to CTV and confirmed that no fewer than 11 whales are currently trapped, also adding: “It looks quite beautiful, but we’re not sure exactly what to do right now because where they are is very rough; the ice condition is dangerous.”

Many experts say the orcas shouldn’t even be in the area at this time of year. They are not usually spotted that far north during the winter months because they are known to follow their prey to warmer waters. However, experts say that climate change may be responsible for skewing the whales’ natural patterns.

Killer whales are highly social animals. Their sophisticated hunting techniques and vocal behaviours have awed scientists for years. These traits are often specific to a particular group of orcas and are reportedly passed on through generations. Scientists say that despite their name, killer whales are not considered a threat to humans. 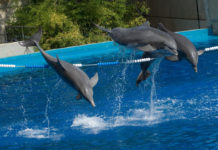 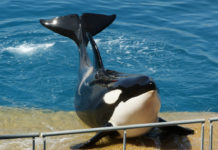 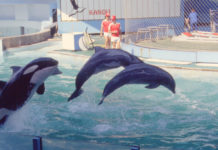