This may be the most important sermon of her career.

Mardi Tindal, Moderator for the United Church of Canada will stepping outside of the pulpit on Monday January 18, 2010 when she issues an open letter to all Canadians addressing the issue of climate change.

“The day after I returned from the climate change talks, I needed a place to go where I could safely cry tears of lament” says Tindal. “I needed somewhere, where I would be supported as I wrestled with the bitter disappointment I felt with the result of the Copenhagen talks”.

The timing for the release of the Moderator’s letter was chosen for two reasons. First, January 18 is the one month anniversary of the conclusion of the Copenhagen talks, and secondly, it is also Martin Luther King, Jr. Day in the United States.

Tindal explains King served as a primary source of inspiration for her when she was writing this letter, which is addressed not only to the people of the United Church, but to all Canadian. In particular, Kings 1963 letter from a Birmingham jail galvanized Tindal’s sense of purpose when she returned to Canada from Copenhagen.

She also says her motivation for her letter also arises from her longstanding involvement in addressing environmental issues from the perspective of faith.
The text of Moderators letter will be posted on The United Church of Canada’s website (www.united-church.ca) on Sunday January 17, 2010. 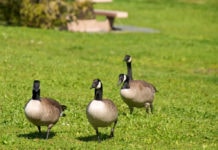