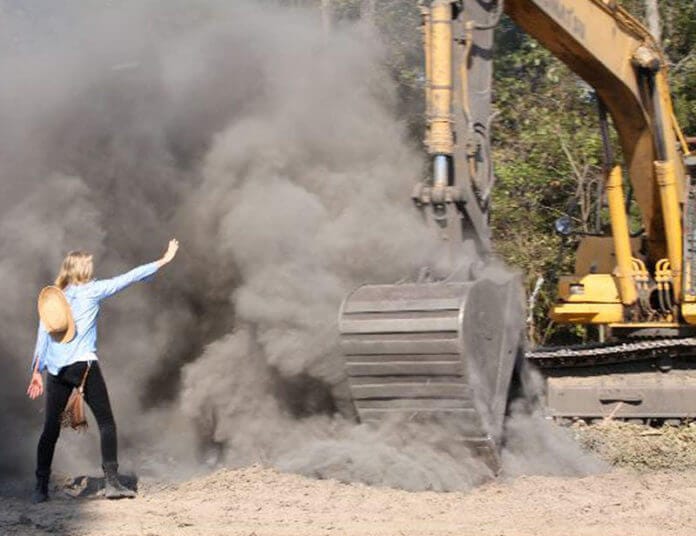 Actress Daryl Hannah was arrested in Texas in a Keystone pipeline protest. Her representative said the actress stood in front of an earth-moving machine, which was clearing ground for the construction of the controversial oil project.

The protest took place outside Winnsboro, Texas. That’s about 80 miles east of Dallas.

There are reports that booking information from the Sheriff’s Office said Hannah was held on charges of trespassing and resisting arrest.

The 51-year-old is a longtime environmental activist, and this isn’t her first run-in with the law. Last year, she was arrested outside the White House in another protest against the Keystone Pipeline. The project is run by TransCanada Corp. It would ship more than half a million barrels of oil sands-derived crude per day to the Texas Gulf Coast from Canada.

Hannah was protesting the southern section of this pipeline. It will take oil from a storage hub in Cushing, Oklahoma to refineries in Texas. U.S. President Barack Obama lent his support to the project, which is currently being built.

But the northern section of the $7.6 billion project, which would take crude across the Canadian border into the United States, was rejected by Obama last year. The administration had concerns about the environmental impact along the pipeline’s route through Nebraska.

TransCanada has reapplied to the U.S. State Department for approval of the full project.

Hannah had a role in the 1984 film Splash, and was also involved in ‘Wall Street’ and ‘Blade Runner’. 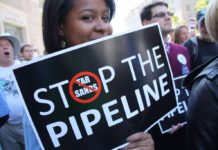 A New Push to Pass the Keystone Pipeline Bill, and Why It’s Bad News for the Environment